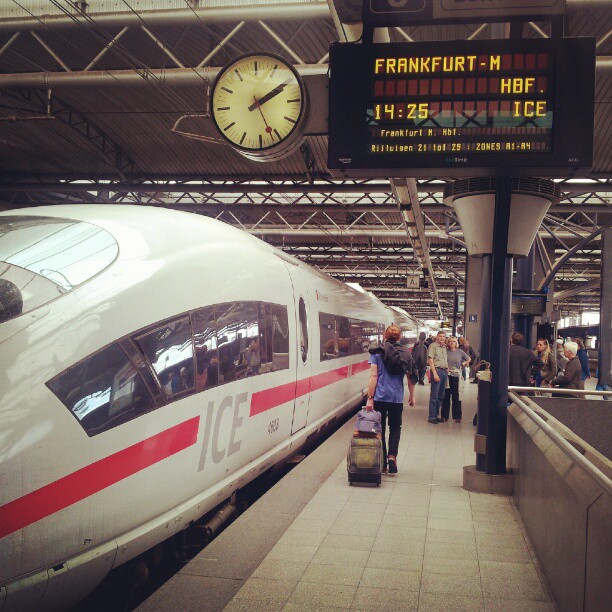 I have a love/hate relationship with Germany. While I adore the country, the food and the people, I just can’t seem to grasp the German language, despite 10 years of earnestly trying. (10 YEARS. I should just give up.)
To give an example, one time I was chatting with a German friend, I decided to try out my language ‘skills’. All was going (vaguely) well – think ‘every other word German’ well – until I dropped an absolute bombshell. Instead of saying ‘I have an umbrella’ (Ich habe einen Regenschirm), I ended up mixing up the sounds to say ‘Ich habe Schambehaarung’ (which means…well, something very different) much to the amusement of my friend who ended up choking on her strawberry cocktail.

So, while my fierce language skills should probably stay hidden away, I’ve learned to indulge my love of all things German by visiting the country and keeping my mouth firmly shut!
Back in July I visited some friends in the medieval German town of Göttingen. Whilst not one of the most well known places in Germany, it’s brimming with quaint shops, cobbled streets and a homely vibe. It’s also just a 35 minute train journey from Hannover, making it an ideal destination for a day trip!
Having lived in Göttingen all their lives, my friends were well placed to give me a historical tour of the town (via the many shops, naturally.) I also had the honour of bumping into the town’s most infamous inhabitant, the Göttingen Goose Girl! (OK, so it’s a stationary bronze fountain…). She’s probably also the most kissed woman in Germany: today it’s a rite of passage for every student who receives their Doctorate from the Göttingen university to climb up the fountain and give the Goose Girl a smooch.
I also love coming across hidden pieces of graffiti, something which Göttingen has in abundance: If that hasn’t already enticed you, it’s also home to the most AMAZING coffee shop, Cron and Lanz – definitely worth a visit or five for its incredible array of cakes mixed with marzipan for the most addictive taste. Just look at the window display…