Why Travel Has a Special Place in my Heart. 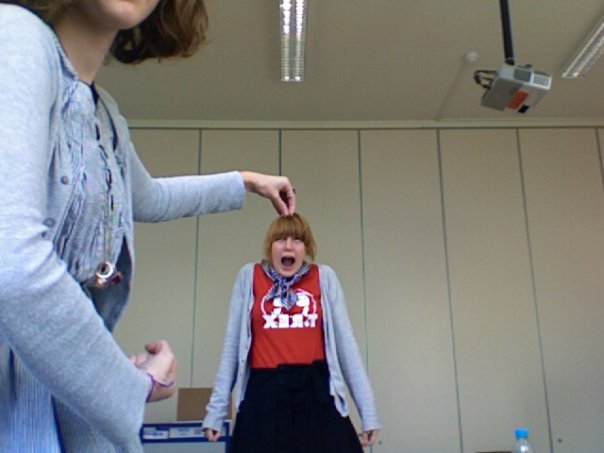 During the week, I was browsing some fellow travellers’ blogs when one post in particular caught my eye.

Lizzie (see her wonderful site at www.wanderful-world.com) had written a post on how travel had helped to change her life. Her post had particular resonance with me because just two years ago I experienced pretty much exactly the same thing.

I’ve always been quite an anxious, sensitive person. Some days, I would sit in my room and just cry for hours thinking about the number of old people who were (potentially) sitting alone with nothing to look forward to. (OK, actually – this is still something that gets me down…)


Three years ago, however, things started to get worse. Several triggers took place in a short space of time, alerting me to the fact that I was, in fact, mortal. Vulnerable. Fragile. I would wake up feeling dizzy, and couldn’t leave the house by myself in fear I was about to faint. I had regular panic attacks, and would have to be near an exit at all times so I could run to the toilet when a wave of nausea hit me. It was the most challenging time of my life.

It hit me just as I was coming to the end of my 6th form life when everyone else was spending their weekends socialising and revising for important A Level exams.  Over the course of a few months, I went from a motivated student with a zest for life to a quivering wreck who would refuse to leave the house or even consider doing a piece of homework. What was the point? We were all going to die anyway, and I thought I could avoid this inevitable slice of life by shutting myself away in my room.

After many months of running to the doctors thinking I was dying of some terminal illness, I was diagnosed with depression and anxiety.

But something urged me on. Although I felt physically and emotionally drained, I dreamed of a different life where I could take off and see the world. To inspire me, I covered my folders in pictures of foreign countries: images of Tokyo, Iceland, New York all glared up at me. Being scared of flying (see here) I never actually thought that these would be places I would ever get to see. To me, my life was effectively over.

Somehow – I still to this day do not know how – I managed to pass all three of my A Levels.

But, while all my friends were planning their new lives at university, I thought this wasn’t an option for me anymore. How could I, when life just seemed like one big pain the backside I just wanted to end?

In a bid to get better, I took a year off. I got myself a little job which, with the help of some antidepressants, was just about bearable. But still, I couldn’t shake the feeling that I was missing something big. At work, I would print out maps of America and Australia, drawing my ideal routes across in colourful highlighters.

In addition to this, I had many counselling sessions to deal with things from the past, and slowly started to push myself further: I started to take little half hour bus trips across Essex with my iPod to distract me from my physical symptoms and my anxiety. I would try to speak to a new person every day to try and quell my fears. I even took a job leafleting doors for hours, keeping myself amused by dreaming of exotic countries.

During my year off, I also met a charming young man. I shall call him Ian, for that is his name.

Being a few years older than me, Ian had been everywhere and seen everything (at least to my little 18 year old brain.) He had sky dived in New Zealand, seen the *actual* Sydney Opera House with his own eyes, and had visited the Empire State Building in New York. With him, I began to feel more comfortable. I began to relax, and I began to go out of my comfort zone to see him. He was just what I needed.

So, when he suggested we take a short holiday, I wasn’t overly shocked when I agreed.  We booked a last minute short break to Barcelona and took off just a few weeks later.

And…I loved it. Being away from my normal environment was so refreshing and a tonic I was greatly in need of. On the last day, I cried when we left our hotel. Everything was so perfect in Spain, and I hated the idea of going back to my old routine.

That’s when it hit me. My experiences of foreign countries didn’t have to end when I shut the door of our perfect hotel room. The exotic countries I’d been dreaming about could be experienced, now that I had taken the first step! I could plan to go anywhere, everywhere. Suddenly, ambition came rushing back into my life. I could get a job, save up and travel around the world. I hadn’t felt this inspired for years. As my feet set foot back on British soil, I realised that this was the start of a new focus: seeing the world, and enjoying my future.

Fast forward to the present day, and I’m currently in my final year of studying for a History degree. It hasn’t been an easy slog, but I’ve learned ways to cope with my foibles and my fears. Ironically, many people say I’m one of the happiest people they’ve met. I still have my down periods, but I always have travel to pull me back into the real world, and put things into perspective. For that, I cannot thank travel enough.