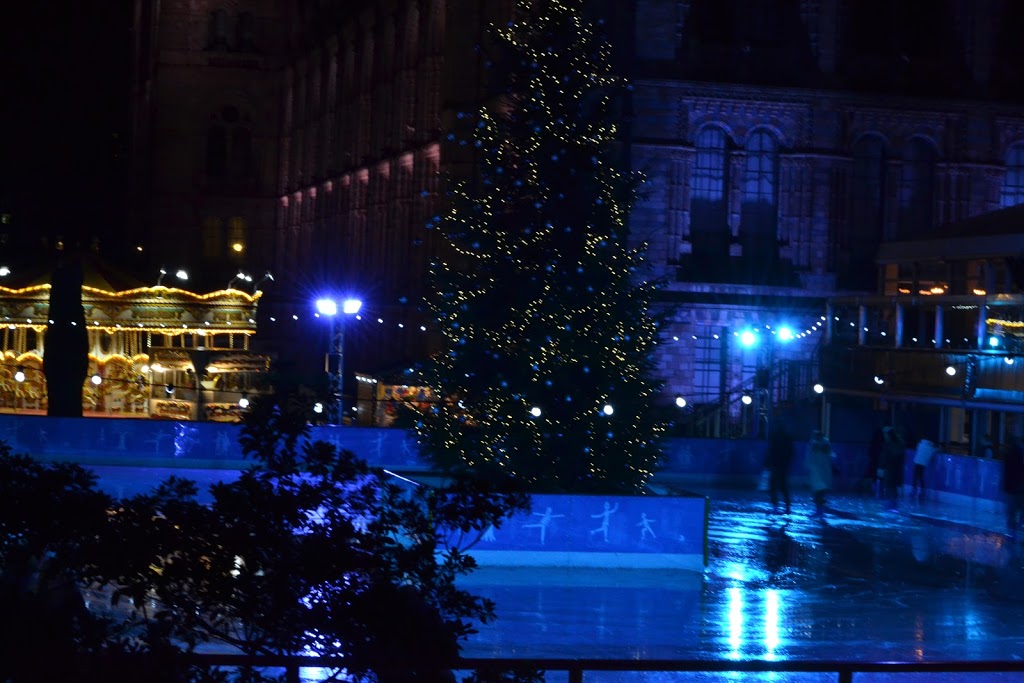 2012 was a great year. I finally travelled outside Europe for the first time, got my very own marmalade cat and met Johnny Depp on the Red Carpet. Through setting up this blog at the beginning of November, I’ve met some awesome people all over the world and have proved to myself I can actually commit to something (that doesn’t involve chocolate) for more than a month.
There have been some dark moments though: I got addicted to ‘Keeping Up With the Kardashians’ and spent Christmas holed up in bed with the flu (which probably didn’t help the former point…) Nevertheless, on the whole, 2012 has been one of the best years in a long time, which is why I couldn’t let it go without celebrating in style.

Deciding on what to do was a  bit of a last minute thing. The day before New Year’s Eve I managed to persuade the boyfriend to join me in an evening ice skating session at the Natural History Museum. It’s been something I’ve wanted to do for a little while (rather, it’s something I’ve been trying to force anyone I’ve ever met to accompany me to).
The ice rink itself is nestled in front of the Museum, with a huge Christmas tree as a romantic centre piece. Tickets were £13.50 each, buying us a 50 minute session, which meant we had a good while to find our ice legs!

We arrived a bit early, so decided to make use of the make shift Starbucks. In true Christmas tradition, I sacrificed my daily cup of tea for a hot chocolate (nothing gets me in the Christmas spirit like a hot chocolate…)

Afterwards, it was time to put on our skates and head onto the ice!


Seeing as how my last time on the ice was about ten years ago, I wasn’t expecting to be Jayne Torvill. In fact, as predicted, I was more Eddie the Eagle, preferring to grasp onto Ian as he pulled me around the ice rink while I shrieked as we approached speeds of up to one mile an hour. It was a pretty shoddy attempt on my part, I will admit. However, the session culminated in me skating (or gliding whilst completely paralysed) three quarters of the rink, so that will satisfy me until next Christmas.

Our skating session finished at 9pm, so we had a bit of time to kill before the clock struck midnight.  Unlike 99% of the London population, we decided to make our way out of Central London and into Greenwich, near Ian’s flat. We downed a couple of pints at the Coach and Horses in the Greenwich Market Building before heading down to the river front to watch the fireworks.

I’ve only ever seen the London fireworks on TV, so to see them in the flesh was incredibly exciting, despite being 6 or so miles down the river. As the celebrations continued, an impromptu rendition of ‘Auld Lang Syne’ burst out from the growing crowd, followed by someone letting off fireworks to a flurry of cheers.

The best thing about seeing in the New Year in Greenwich meant that by 1am, I was tucked up in bed, eating pasta and watching American Dad. Might as well start 2013 as I mean to continue!

Wishing you all a very Happy New Year, and a successful 2013!
I’d love to hear how you all spent New Year’s…