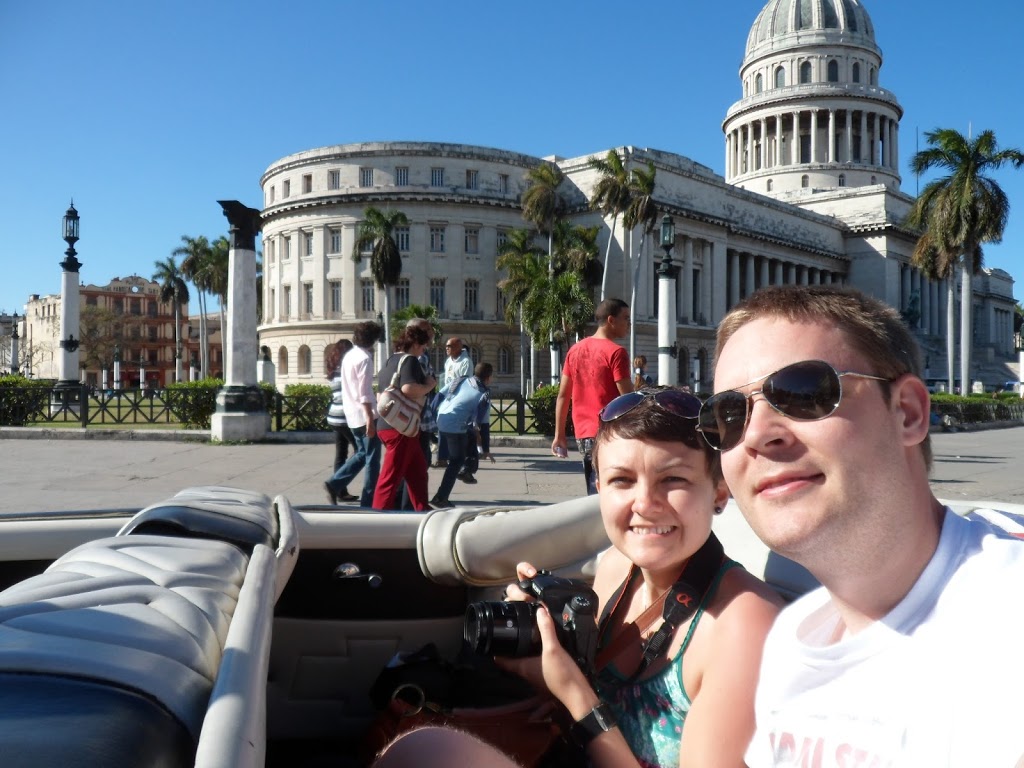 Time for a guest post! Jen (left) is lucky enough to have visited some enviable travel spots and, in the process, racked up some serious travel tales. So, when she offered to write a blog for the site on her recent trip to Cuba, I jumped at the chance! Cuba has been a country I’ve wanted to visit for years. With its immaculate beaches and sense of history, it’s always seemed like a time capsule of a bygone era. What was Jen’s impression of this historic Caribbean island?


Before I visited Cuba I received so much positive feedback from fellow travellers and holiday makers that my intrigue about this country – of which I knew very little – increased ten-fold. We managed to snap up a great deal last December for our honeymoon. The biggest shock was the amount of vintage American cars on the road. It’s an image of Cuba presented by the media and I knew that Cuba was known for their cars due to their import restrictions, but I wasn’t prepared for just how many there would be! It was such a wonderful sight. Following an hour of “there’s one, there’s another one!” during our transfer to the hotel, I finally accepted that I’d see these beautiful old cars everywhere.

If you ever visit Cuba, Havana is a must see. It was our first stop and an amazing city to visit. Havana is the hub of Cuban life and history. The rebels of the Revolution marched through these streets and the city has pretty much remained the same since the uprising in 1959. The city is practically crumbling away as the communist Government cannot afford to fix the streets – so if you visit, do not be surprised to find streets full of fallen rumble which have been subtly brushed aside so the traffic can still flow. Keep an eye out for buildings covered in vine entwined scaffolding as they’ve been there so long! One good thing is that it does make for plenty of photo opportunities.

Despite that, Havana is full of music, colour and narrow streets full of bars and lovely people. You can easily spend a few days exploring the city with the beautiful Cuban baroque architecture, museums and historical sites like Revolution Square, Tropicana – Ernest Hemmingway’s hangout & Parliament Building. You can also take trips out of the city to experience a cigar factory, Indian Caves and The Mural de la Prehistoria in the Vinales Valley. I’d highly recommend hiring an open top classic car in Central Park. You get to see all the city’s sights along with a commentary from a local. I’d also recommend checking out the local bars and the musical talent. Mojitos and lobster dinner offers are very common and there’s a live band in most bars.
However, Cuba is not all about Havana. You also have the beautiful coastal areas like Guardalavaca with its stunning white sand beaches, water-sports, unspoilt nature reserves and large holiday resorts. We spent 10 days chilling in the sunshine and recovering from the hectic Havana nights.
I really enjoyed Cuba and would definitely visit again in maybe 10 years. There are a lot of changes planned as their Government is adjusting their Communist ways to improve the country’s future. I had been warned that Cuba was a very poor country before I left, but I didn’t really get a sense of this in comparison to other countries I’ve travelled in. I never saw children suffering from poverty and their Government makes sure everyone receives food, housing and free education including university. However, based on their Government’s decisions and restrictions it is a country of poor opportunities. (Being a communist country a Gardener will earn the same as a Surgeon.) I hope the changes over the next few years will benefit Cubans and better their lives, although these changes may change Cuba forever and it may not be the country everyone knows and loves for much longer. My advice? Get out there and explore this awesome country sooner rather than later, or run the risk of missing out on this time warp experience.

Have you been to Cuba? What was your impression?