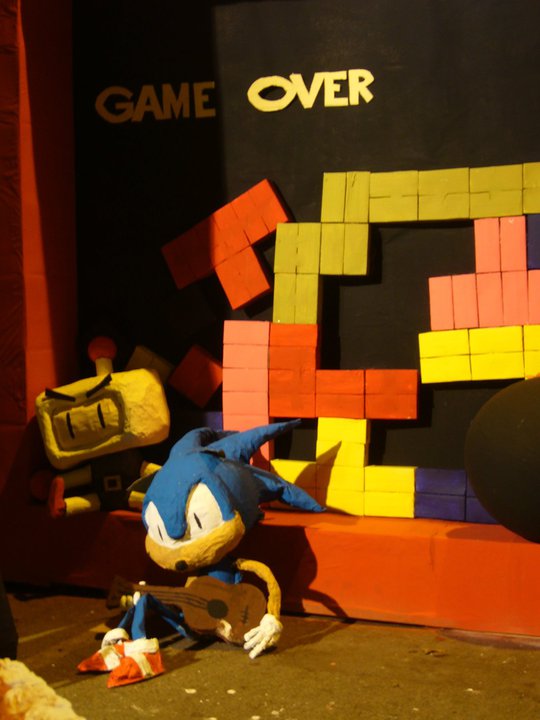 As a complete postcard geek, I was insanely excited to hear that the wonderful folk at Travel Supermarket are currently holding a ‘Holiday Postcard’ competition. Bloggers are invited to write about their most memorable travel experience, including information about when and where they travelled to. For more information about how to enter, have a read of the entry details here!
My entry sees my mind wandering back to my first holiday away with my boyfriend, to the wonderful city of Barcelona:

“It was our first night in Barcelona in August 2010 and we were too excited to sleep. Being my first holiday in years thanks to my flying phobia which had grounded my itchy legs, I was dying to drag my boyfriend out of the hotel so we could dive head-first into the local culture.

Stepping out of the hotel into the Mediterranean air, we heard the gentle thump of music playing nearby. We followed the sounds until we stumbled upon a large stage surrounded by a dancing crowd swaying to the Spanish music. Nestling ourselves within the mass of people we found ourselves dancing for hours until fatigue settled upon us. (The next morning, we ended up humming one of the band’s songs to the hotel’s doorman – he instantly recognised it as one of the big hits of Delafé y las Flores Azules. We ran to the nearest record shop and stocked up on all their CDs!)

One of the songs which captivated us:

After the impromptu concert, we decided to explore more of the local area, and we were met by street party upon street party. It was like an enormous celebration, with streets decorated with 3D art and people dining outside their homes while animatedly talking to neighbours. In fact, the whole scene was not unlike the kind of image of VE Day celebrations in post-war Britain! What on earth was going on?!

Unbeknown to us, we had stumbled upon Festa Major de Gràcia, a hugely popular event in Barcelona which takes place every summer. Despite not speaking a word of Spanish, we were welcomed into the lap of barmy Barcelona life with carefree dancing as well as crazy Mario and Wall E street art. To this day, the whole evening remains my most treasured memory of visiting Barcelona. Visiting a capital city can be incredibly intimidating, especially when you’re not yet that used to travelling. In fact, I would even go so far as to credit this festival in securing the foundation of my travel bug, as it opened my eyes to what there still was for me to discover.  Now, I look over my photos with much fondness, and much excitement for what there is still out there for me to experience.”