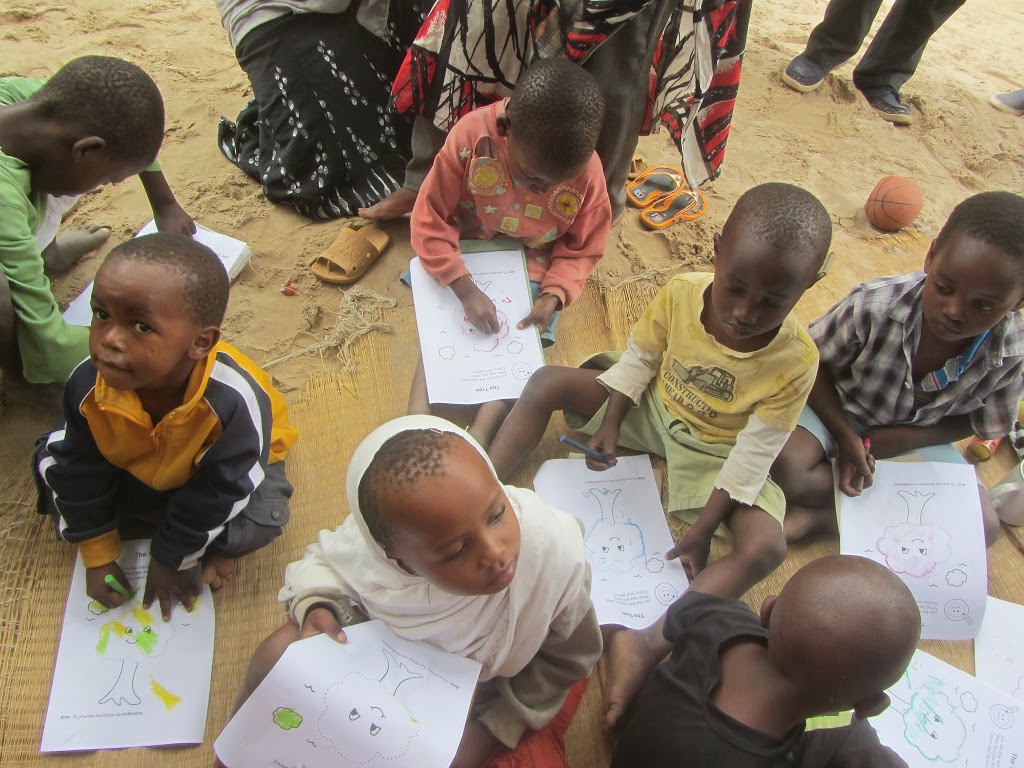 As citizens of a first world country, we often feel a moral obligation to give to charity. Whether we run a marathon, volunteer at a soup kitchen, or donate monthly it makes us feel content enough that we’ve done our bit. Now we don’t feel so guilty when we see the TV adverts of ill children covered in flies because…well we ‘gave’. I wondered why, after so many donations over the years there was still so much poverty? Where was this money going? As I wondered, the £15 direct debit to ‘charity’ kept leaving my bank account month after month. What was I really paying for? Admin fees?  Pay cheques?

I then decided that my charitable efforts weren’t enough. I understand that donations help run these organisations but I didn’t know what affect my money was having on anyone or anything. I felt that I needed to see the benefits for myself and so I joined an organisation in their annual trip to Tanzania.

We spent 10 days volunteering at a boarding school in the small town of Kibaha, just an hour from Dar-es-Salaam.  Set up in the 1980s by a group of determined residents, the schools offered subsidised fees in an effort to improve illiteracy in the area. An average school would cost up to £2000 a year whilst this school’s fees were £500 a year. Many children were sponsored by donors and when asked what they wanted to be when they grow up, the replies were “doctor” and “accountant”. The thirst for a respectable job and career were rampant in these teenagers but who knew if their sponsors would fund them after school?

I realised how lucky I was in that I’ve always been encouraged to pursue my A levels and degree and despite the fear of being in debt after leaving University, I was still able to follow my passion and graduate. As I mentored these students every evening and got to know them better, I learnt more about their interests and personal lives. They were all in touch with the latest films and music from the likes of Rihanna and Beyonce and weren’t afraid to sing the lyrics to which they knew every word. As I watched, I saw a release of energy from them. Music was their way of escaping reality and creating hope that one day they could own nice things and be somebody, but would they accomplish their dreams?
My appreciation of life was further heightened when visiting an orphanage in Kibaha. As soon as I entered, I felt so much positivity and happiness around me. The children aged between 2 and 5 had never seen their parents as they had died from either HIV, Aids, or car accidents. The children warmed to us quite quickly as we served them food and played with them.  Their accommodation and food was basic where they did not even have cutlery to eat with. If we think of losing our parents today, we’d feel as if we lost everything. But these children were not shattered souls, they were beams of light. They were ecstatic to see people who would spend time and play with them. They had so much love to give but no one to give it to and it broke my heart to think they had never experienced their Mother’s love or their Father’s cuddles. Even though the orphanage staff were kind and helpful, no one can replace the love of your parents. I began to value my own parents a lot more and thought of the orphans on the street. A lot of orphans are turned away at the door if they have HIV or Aids. What happens to them?

We also spent time with the staff at the boarding school. They had an onsite farm and we helped with milking the cows and hoeing the field. I was surprised to see the men doing the cooking and the women doing the hoeing and heavy lifting at the farm. I nearly gave up after 5 strikes of the hoe as I wasn’t used to such aggressive, physical work. There was no prejudice here about the ability of either sex. Everyone was an equal because they had all struggled equally in Kibaha. They realised that they could only accomplish things if they worked together and shared the duties.

Throughout my trip, I half expected to see the skinny African boy covered in flies and laying there helplessly. I never did. Instead, I saw people making the most of what little they had and they consisted of intelligent workers, ambitious students, and disadvantaged children with all the happiness in the world. In some ways I have more questions than answers – would my students get to go to college? What did the future hold for the orphans of not only Kibaha but Africa as a whole? But most importantly, why do we who live in the UK take so much for granted? Why are we never happy with what we have?

This trip taught me that real charity was about giving yourself, not just your money.  To give up your time and effort is in many ways more valuable than your cash. The students appreciated my help in their school work and were happy to know they had a friend in England who was only an email away. The orphans loved having someone to play with and the staff were happy to receive our help in their daily tasks. Our group raised £20,000 which paid for four new classrooms at the school and we were able to give it to them cash in hand. No commission. No fees.
Returning to the UK, I feel like our issues here are so trivial. All we seem to care about are material things. I realised that we create our own happiness. We remember what our parents haven’t done for us, but take their eternal love for granted. We complain about our office jobs but we’ve never had to do rough, physical work. Spending time with people, helping others in need, saving money and using it to make a difference is worth more than any joy a designer bag can bring you.

My trip cost me £1000, the price of less than two new iPhones. The novelty wears off with a new possession but my memories of Kibaha will last a lifetime. I was able to learn about a new culture and language, put a smile on people’s faces, and give myself to people who needed me. I would recommend anyone to go and volunteer with a charity or a cause they’re passionate about. It’s like nothing you’ve ever experienced before.

Zahra is a Content Editor for an e-commerce website. Born and raised in East London, she visited Tanzania in August 2013 with COEJ. She loves The Backstreet Boys, talking to Emily, and loud cackling.