Places I’ve Been and Things I’ve Learnt in 2013 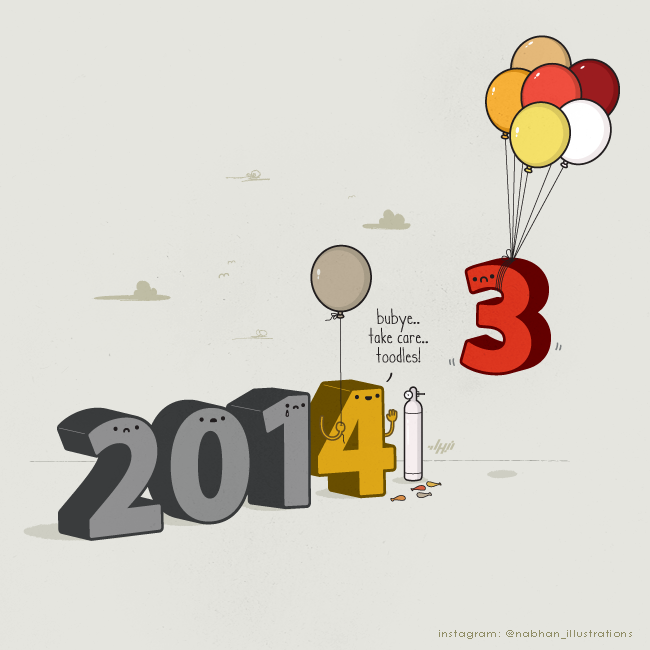 The last year has been one of monumental change for me. It’s only now that I realise how much I’ve been able to cram in over the last 12 months: graduating from university, starting a new job and heading straight back into study – at times it’s felt almost a little overwhelming! So, it’s a relief to be able to say ‘Goodbye’ to 2013 in an obligatory blog post detailing the highs and lows of the year.

I kicked off the year with a trip to Naples with my friend Zoe. Having started a module on the History of Pompeii at university, I felt I couldn’t let the opportunity pass to visit the region which has been on my list of places to go to for years.

Although we were only there for a few days, we managed to soak up as much of the Italian atmosphere as we could, revelling in the cobbled streets, rustic houses and way too much pizza. February saw my boyfriend and I taking a well-earned break from dissertation work at the glorious Pestana hotel in South London. With all the mod-cons in our room and a spa downstairs for a steam and a dip, the night was the ultimate in relaxation.

I was also incredibly lucky to be able to squeeze in a trip to Iceland in June. Back in school, pictures of the Blue Lagoon adorned my folders, and so seeing it with my own eyes was absolutely spell-binding. Reykjavik itself is a magical city of epic proportions: small enough to explore by foot (or segway), it’s a place which captivates you as soon as you step foot on the airport tarmac. It’s a place I’d love to return to in the near future. The second half of my year was ridiculously busy, as reflected in the lack of blog posts popping up on here! Although I visited Cambridge for a day, the months quickly blended into one as work and study came to the fore.

From magazine giveaways to a trip up the Shard, this year has seen all my expectations for the blog blown out of the water. It’s been lovely to see many of my friends get behind me, and express interest in writing guest posts – which is always a joy to have since they’re always off to such exciting places!

With almost 20,000 views (far more than I ever thought possible with such a lowly travel blog!) I’ve been astonished by the number of people who have shared my articles, given positive feedback and encouraged me to do even more. The site even got a mention on GapYear.com’s Ten Awesome Travel Blog article – thanks guys!

Until this year, my life had been pretty straightforward, signposted by various levels of education: GCSEs, A Levels and then onto my degree. Due to graduate from university in May 2013, I imagined it would be a while before finding a full-time job. In my mind, I had big plans for this interim period, working part-time, interning and grabbing getaways to European destinations.

As it turned out, all my evenings of tirelessly filling in job applications paid off, and I managed to snap up a job as a copywriter before I’d even handed in my last university essay!

This therefore didn’t leave me with much time for travel. Coming to terms with not having the same amount of holiday as I had at university took a bit of getting used to. But, it worked out for me in other ways…

A travel blog is hard to maintain

When I started this blog back in October 2012, I hoped it would spur me on to grab as many windows for travel as I could.

It quickly transpired how difficult this would be.

As well as my 9-6 job, I also started studying for my NCTJ Journalism diploma in September. Most evenings are therefore spent trying to get my head round Media Law or master Shorthand. Between work and studying, I haven’t had much time to even see friends, let alone travel or write up many blogs. My one day off a week is spent trying to stock up on sleep for the coming week ahead, as well as convincing my cat I haven’t forgotten he exists.

And, no matter how much I convince myself I will spend my three-hour daily commute on the train writing for the blog, I will just fall asleep.

All this means that I have a LOT of respect for bloggers around the world who manage to produce regular content and update social media platforms – I doth my metaphorical hat to you all!

As seen, it’s rarely a good idea to have too many plans for the year ahead, but I definitely have some goals I would like to achieve. Firstly, I’m hoping to get my NCTJ qualification under my belt around June (if I can get my head around ‘FL’ shorthand blends and the theory behind defamation.)

There are destinations I’d love to visit, including Las Vegas, South Africa and Dubai. I’ve even been invited to visit friends in Xi’an and America, as well as to a wedding in Bangladesh! So, I’m not short of options – but will need to see how things pan out before making any concrete plans.

All that’s left to say is a massive THANK YOU to everyone for reading, commenting, and writing guest blogs. It’s been a blast, and I can’t wait for next year!

What were your highlights of 2013? What’s on your ‘To Do’ list for the next year?