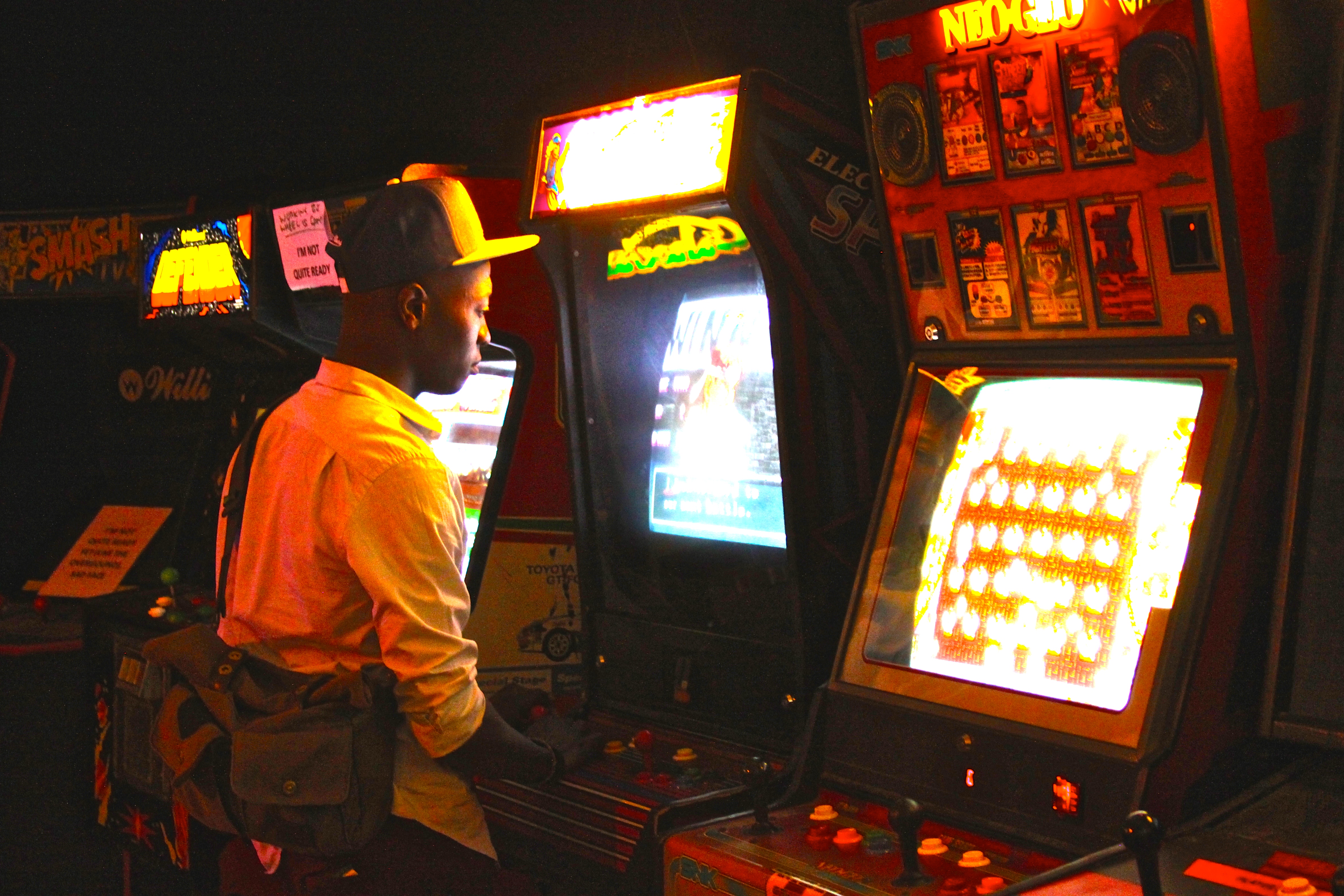 If this picture sends rippling pulses of pure joy through your body, you NEED to get yourself down to London’s new classic arcade bar. This week, I had the pleasure of trying out every button, lever and toy gun at The Four Quarters, which boasts 70s, 80s and 90s games such as Street Fighter II, Tron and Sega Rally.

It’s pretty much a gigantic playground for grown-ups (under 18s are allowed in with a responsible adult before 7pm), with the décor a homage to everything retro. At a rate of one coin per play (four coins can be purchased from the bar for £1) it can be a pretty pricey place to regularly spend time in if you’re an ardent gamer. However, the guys who run the bar told me they’ll be running regular free-play evenings and promotions, so it might be a cheaper option to head down then!

The bar itself is pretty stripped back, with old 70s-style tiles, scuffed floors and half-plastered walls. It’s almost like it’s straight out of an old American movie. Behind the bar you’ll find mostly craft beers alongside a modest selection of red and white wine. Cocktails will soon be arriving soon and, hopefully, food – although some weekends they offer nibbles, like Vietnamese food. Up behind the bar, you’ll find old board games such as Tetris and Frogger, as well as old Teenage Mutant Ninja Turtle dolls. I’m a bit too young to remember these, but I have to say – they look awesome! Even the tables are in keeping with the whole retro vibe, showcasing game demos while you sip. On the subject of drinking, each machine has been fitted with a drinks stand so you can keep an eye on your drink while summoning all your focus to reach that high score. It’s an incredibly relaxed and community environment, whether you’re a gaming nerd or a casual competitor. I spent around two hours playing games, but could easily have spent much longer there! It’s an incredibly exciting new venture which I’m sure I’d spent many an evening in if I lived closer to it.

There are a few additions I’d love to see in it though – namely, more food. Also, it would be even better if the seating areas matched the chilled vibe, maybe with a few armchairs or even bean-bags thrown in for good measure. But then, I’d probably never leave if they got comfortable seating… All images by Georgia Camp

Does this look like your kind of thing? Let me know in the comments below!