Cat Heaven On Board De Poezenboot 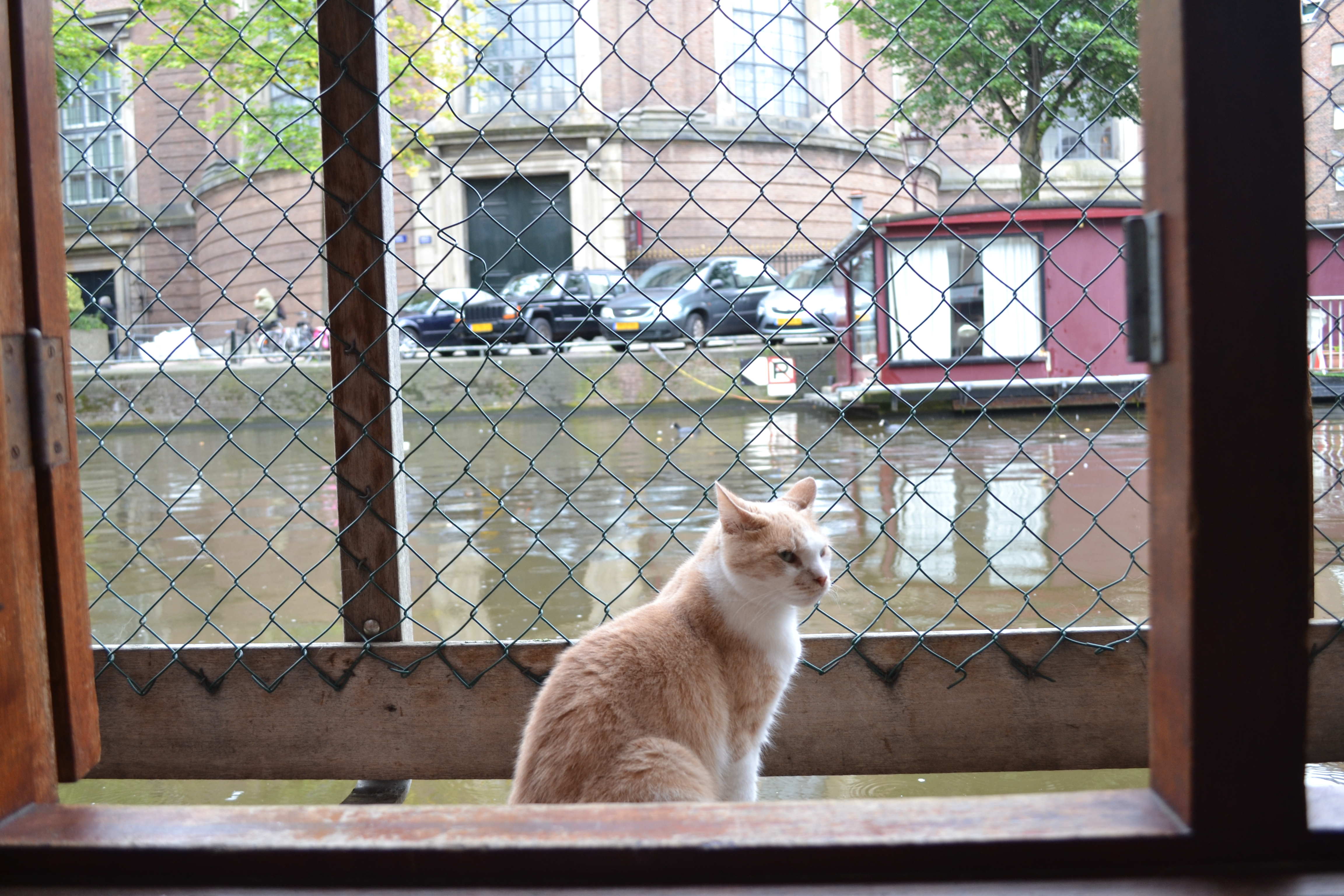 If you take a stroll along the Singel Canal in Amsterdam, you’ll see many a canal boat tied to the sides. And if you look really closely, you’ll see that one of these seemingly ordinary boats not only has posters of cats propped up in the windows, but also a sign displaying opening times.

For almost 50 years De Poezebook – or, The Cat Boat – has served as a floating sanctuary for abandoned and neglected cats in the city. The boat sprung to life after the founder Henriette van Weelde found a family of stray kitties outside her house. She soon became known as ‘The Cat Lady’, with many strays and unwanted pets moving in with her. Around about this time, Henriette decided she needed more room to house her cats, and so in 1968 The Cat Boat was set up.

Today, this quintessentially Dutch boat is home to 14 resident cats who are well looked after by volunteers. They even have their own little veranda, allowing them to grab some fresh air while gazing out onto the canal. One of the best things about the boat is that it’s completely designed with the cats in mind. There are toys, beds, climbing frames and hiding places everywhere. It’s very much a cats territory.

Of course, when the cats free to wander around, you get to cuddle up to them. Except for Samus. Samus is a biter. I mean, just look at him. He’s ferocious: The cats are so used to having company that they just brush past you looking for some love and attention. Except for these little lovelies, who found hiding in the nooks and crannies of the boat a far more sensible idea: The cats have plenty of beds to cuddle up in and windows to gaze out of. The shelf running round half of the room is particularly helpful as when they jump up they’re just at the right height for human snuggling – without having to bend down. At one point a couple was making a fuss of one of the cats, and another jumped right up in front of them as if to say “Well, what about me?!” A spot of synchronised stroking – a new Olympic sport, perhaps? I fell in love with every cat I saw. That’s not even an exaggeration. If I could, they would all be in my room right now. As well as the 14 cats that live permanently on the boat, there are also a number of cats that are available to adopt. I was a little concerned when I saw them in their little cages, but the volunteers reassured me that they find homes pretty quickly. And, if they don’t, they are moved towards the bottom of the cage tower so that they can interact with the resident cats. Therefore, if they don’t find a home, they can be integrated with the other cats and live on the boat with them. How You Can Help

Despite attracting its fair share of visitors, The Cat Boat does not receive any funding from the City. Therefore, it’s fully dependent on donations from its supporters. There are many ways in which you can help: Visiting hours are 1-3pm every day except Wednesday and Sunday, when it’s closed. (Don’t do what we did and turn up on a day it’s closed…you’ll only have to make the trip the next day again…)
Entry is free, but please consider donating a couple of euros to help support this good-hearted feline charity!

Have you ever visited De Poezenboot? Or would you consider going?