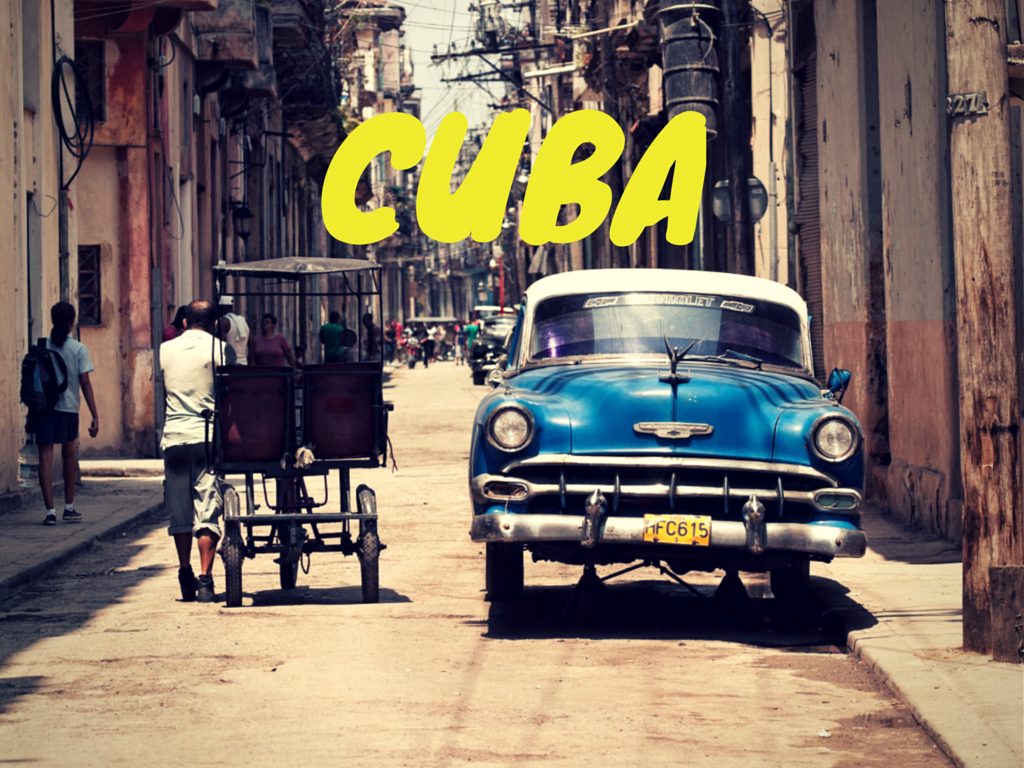 What’s the first thing that comes to mind when you think of Cuba? Is it the glorious sandy beaches? The crystal clear waters? Or maybe it’s the Spanish-inspired architecture that really gets your heart thumping?

Cuba has long been a country I’ve wanted to visit.  As the largest Caribbean island, it just seems to embody an enticing mix of natural splendour, history and wildlife. In fact I can (and regularly do) spend hours just researching tours to take and places to visit.

But when it comes to summing up in 10 reasons why I would love to visit Cuba so much?

1. TO TRAVEL BACK IN TIME

Yes, it’s a cliché, but where else can you see retro cars, timeless Spanish colonial architecture and cobbled streets all within a brief walk of each other? In absence of a TARDIS or a DeLorean, I’ll have to make do with the next best thing: a stroll around the Cuban capital of Havana, drinking in the sights. 2. TO SNUGGLE UP WITH THE WILDLIFE

Did you know that Cuba apparently has more animal and plant species than anywhere else in the Caribbean? Which is, it itself, more than enough reason for me to head there. Immediately.

Amongst the animals you can expect to see are bee hummingbirds (the world’s smallest bird), flamingos and Caribbean reef sharks. There’s even a sea turtle hatchery in Cayo Largo, guys. They also have Cuban hutias, which I’ve never heard of people but upon further investigation I have decided that I need one in my life immediately. A Cuban hutia: I could probably pass this off as a cat, right?

3. TO TRY A REAL CUBAN MOJITO

Seriously, I’m fed up with mojito imposters rummaged up behind some London bar. Some drinks are just meant to be had in their place of origin. Just ask Ernest Hemingway whose signed plaque declaring his love for one Havana bar’s mojito still hangs in the capital today.

For people in England, any opportunity to snorkel in water where we can actually see the bottom is one that must be grasped with both hands. The Cuban beaches are unbeatable for all kinds of watersports, and regularly attract divers of all abilities (which is good – because I’m a complete and utter beginner).

5. TO EXPAND MY TRULY HORRIFIC TASTE IN MUSIC

My idea of ‘great’ music is 90s cheese with a smattering of horrendous 80s classics. I’ve spent all day at work listening to Cuban music, and it’s cheered me up no end. When I’m away, I’m often found wandering the streets singing to myself, and can really see myself bopping along to some of these bad boys: Carlos Puebla – Y en Eso Llegó Fidel

6. TO UNDERSTAND MORE ABOUT THE CUBAN HISTORY

As a history graduate, I’m well versed in the going-ons of Europe, but the history of Cuba is something I’ve never really delved into. Shocking, I know, since it has such a rich past, from the indigenous inhabitants of the Guanajatabey, to the presidency of Fidel Castro. I’m itching to learn more – and there’s only so much the history books can teach you.

7. TO TAKE PART IN THE CARNIVAL OF SANTIAGO DE CUBA

The Carnival of Santiago de Cuba takes place every July and is world-famous for its high-octane musical performances. The festival also involves a conga parade in each neighbourhood on the first day of the celebrations. A CONGA LINE. Notting Hill carnival, eat your heart out. While some parts of Cuba attract tourists in their hoards (Havana, I’m mainly looking at you here), there are still some areas which are relatively untouched by the masses. Take Baracoa, for instance.  Tucked into the Northern tip of the country, the area provides an almost unspoiled colonial village, as well as secluded beaches and rainforests just begging to be explored.

9. TO BE AT ONE WITH NATURE

Mountains. Beaches. Forests. Caves. Where else can you find such an eclectic mix of landscapes? One day you could find yourself sunbathing on the sand, and the next you could be exploring the mountain ranges. Everything looks so picture perfect. 10. TO SEE SOMEWHERE THAT’S TOTALLY DIFFERENT FROM ANYWHERE I’VE EVER BEEN TO

I’ve stepped foot in America and Asia, and I’ve visited over a quarter of Europe. However, I’ve never been anywhere quite like Cuba. I’ve been told stories of the locals’ zest for life for years, and I would love to drink in this atmosphere, get lost in the history and snuggle up with the native animals.

This blog is my entry for a competition run by Cuban Adventure and Virgin Atlantic. To find out more, visit here.

Have you visited Cuba? If you have, what was your favourite thing about the country?