12 Moments That Made Me Smile in Athens 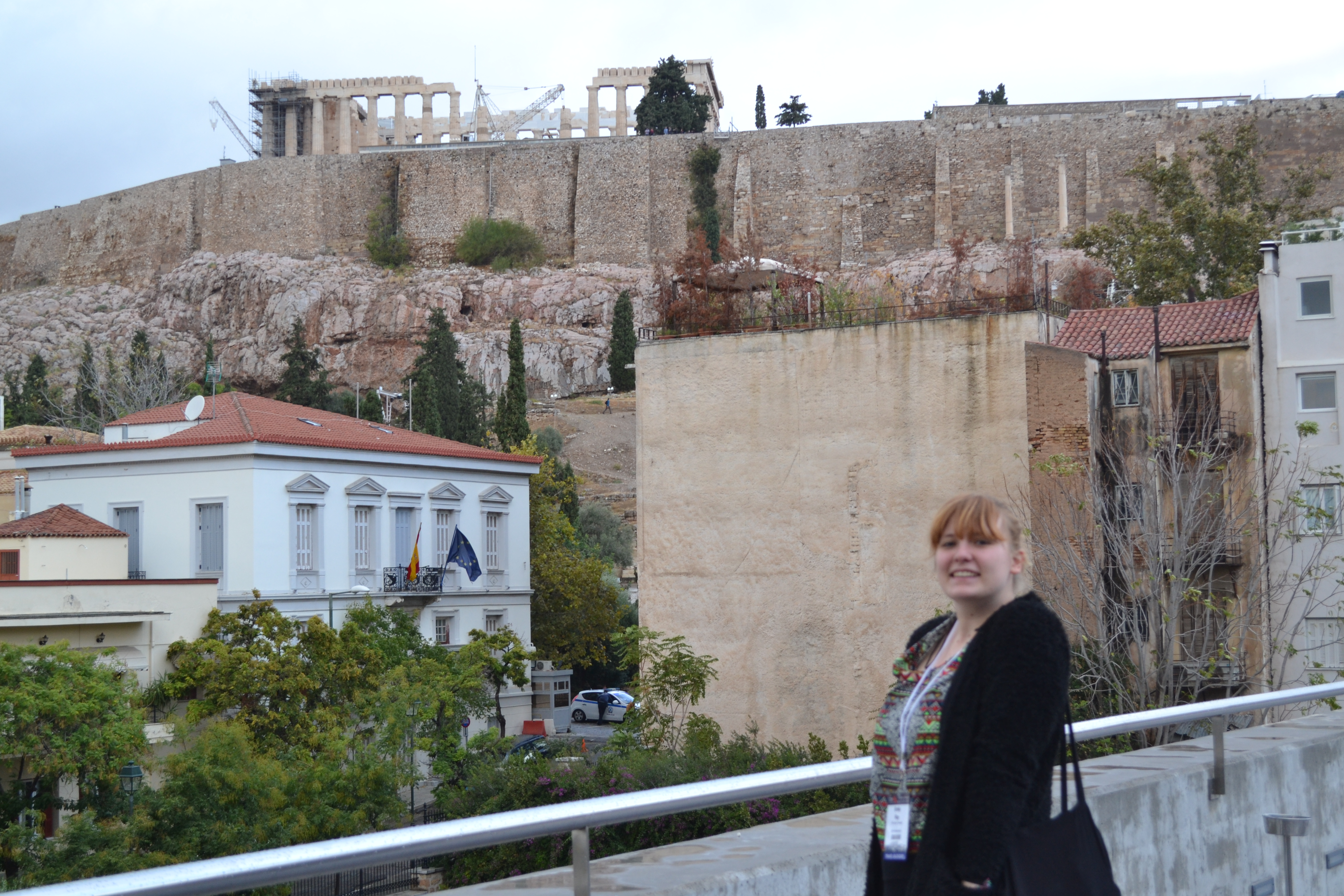 I arrived back in London yesterday afternoon after spending almost four days exploring the sights of Athens. And guess what? The weather is almost as good here as it is in the Greek capital.

From looking around Twitter, I can see that a number of people’s TBEX plans were thwarted by the shocking weather, from the angry storms to the flash floods.  Many of my plans also had to change because the weather was just that bad.

It’s often easy to let the weather dictate how you remember a trip abroad. But rather than let the weather ruin my Grecian dreams, I decided to make a list of all the moments in Athens that had made me happy:

1. Realising that British Airway’s Club Europe service entitles you to a blanket for the duration of the flight. (Honestly, this made me far happier than is probably normal). – full review to come soon. 2. Gate crashing an old people’s party at a restaurant in Stamata Square. We had only been sitting down for a few minutes when an old lady got up, knife in her mouth, to dance to some traditional Greek music. Other old women joined in, and soon they were jumping and whirling round the restaurant floor. Honestly, they put my energy levels to shame. After a while, they held a raffle where one woman won a religious plaque. We watched as she made the sign of the cross, picked up her plaque and went round to every table proudly showing everyone her winnings. Absolutely adorable. 3. My friend and I hopped into a taxi at Kifissia station where the driver took an interest in our London roots, attempting to engage in conversation with us. However, it soon became apparent that he knew about 3 words in English – which was more than we knew of Greek. The result? A 15-minute taxi drive where we were trying to communicate with each other, but we genuinely didn’t have a clue what the other party was saying. It wasn’t long before we were all in hysterics. Guess it’s true what they say: laughter really is a universal language.

4. Another taxi story! (Honestly – if you head to Athens, make sure you use a taxi at least once. The drivers are great!) A taxi driver and my friend started smoking in the front of the vehicle.

“Smoke?” The driver asked me and my friend in the back seats. We shook our heads. The man then reached into his pocket and pulled out two bits of fudge for us, like we were two kids being appeased.

“Best taxi!” the driver beamed as he took another puff of his cigarette.

5.  Spotting my first cat in the city centre on the first morning. And it was ginger. 6. When we got hit by lightening.

When the rain started pelting it down we nipped into the Acropolis museum, which then got hit by lightening, causing all the lights to go out. But by this time, we were tucking into tea and the most delicious chocolate cake in the ground floor cafe. Mmm.

7. I went to pay for a keyring in one of the touristy shops close to the Acropolis. While waiting at the till, a man came out from the back of the shop clutching his dinner. He took one look at me, frowned, and pointed to the other side of the shop. Suitably awkward.

8. One of my favourite things about visiting a foreign country? Being able to walk the streets singing catchy 80s songs. I’m sure everyone we came into contact with hated us, but hey.

9. On our last morning we hiked up the Acropolis, watching the sun rise over Athens. I now have some pretty unforgettable views etched on my mind of the light catching the tops of houses as it woke up for yet another day. 10. It’s always great bumping into people you know. At one of the TBEX talks I ran into Susan of Best Bits Worldwide who I first met at Blogstock last month.

11. Although I stayed at a friend’s house in Athens, I decided to stay in a boutique hotel for one of the nights. Waking up in the morning to be greeted by a spectacular view across Athens from our balcony was just incredible.- full review to come soon! 12. On my last day, I bumped into a woman who was walking around feeding stray cats. She told me that she was part of a group in Athens who cared for the strays, making sure they were fed every day. It’s people like this who restore my faith in the world.

Do you have any moments that made you smile on your last holiday?