The Strays of Athens: What’s Being Done About The City’s Cats and Dogs? 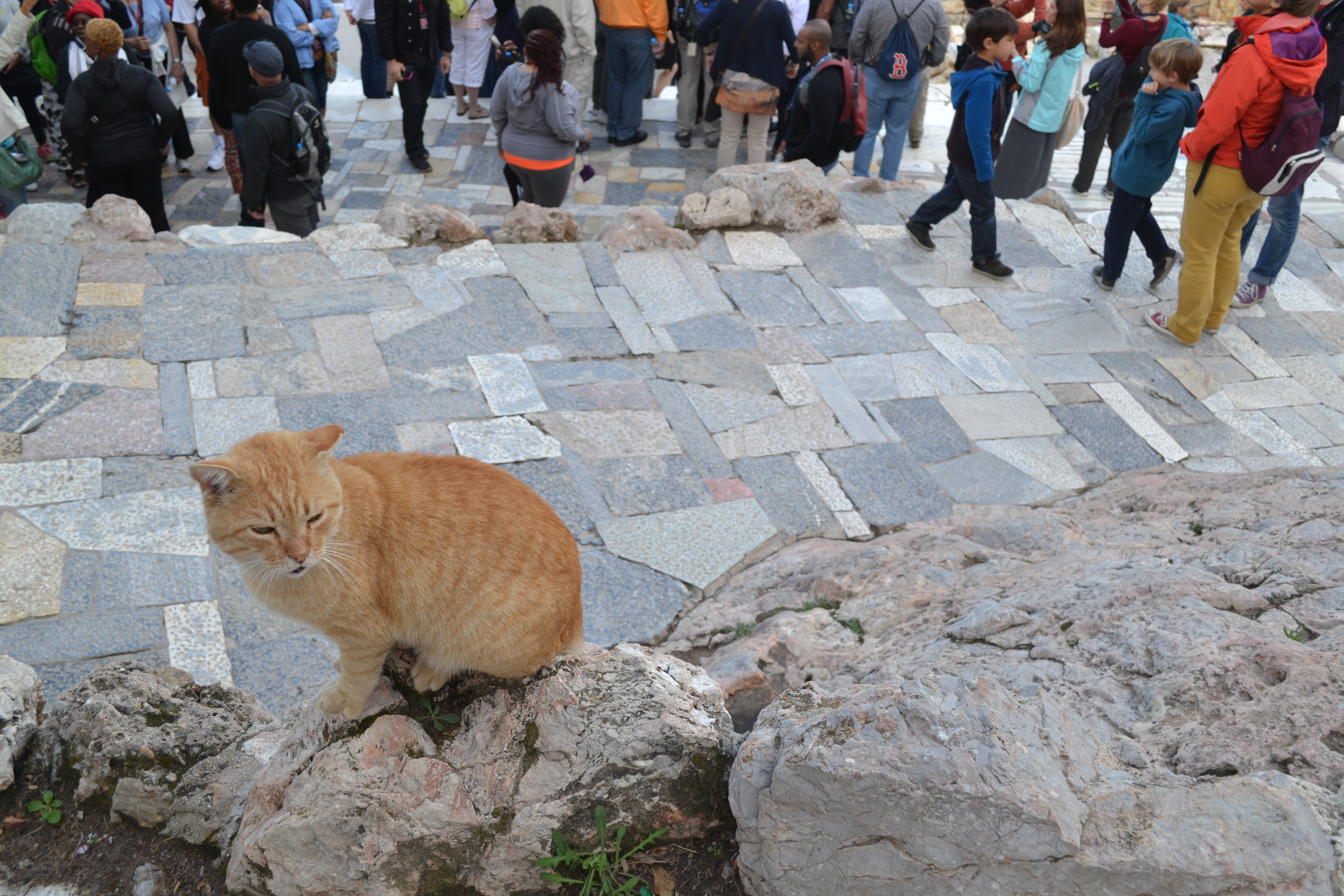 The first thing I’m going to do when I win the lottery is to set up sanctuaries for homeless cats and dogs all around the world. And one of the first cities I’m heading to? Athens.

You’ve got to have a heart of stone to not be moved by the sight of all the stray animals around the city. Down almost every road in the centre of Athens I came across cats and dogs of all shapes and sizes curled up asleep, racing around or attempting to find some glimpse of sunlight to sunbathe in. Most keep themselves to themselves, keeping well out of the way of tourists, and scurrying away every time someone approaches them.

At first, I couldn’t help cooing at every single animal I saw. The more I saw, however, the more questions started to surface. Why do some of the dogs have collars? Why do so many of the cats look so healthy? I couldn’t help but think of my three cats at home and how they would survive on the streets.

When I got back from Greece, I decided to search for answers. However, in true internet form, answers aren’t easy to come by. The City of Athens website states that “the Municipal Authority is determined to protect” animals, while articles abound about the dog population being maintained by poisoning.

Some sites say that the animals are well looked after by the whole community, while others suggest that animals are viewed as vermin. Many of the animals were pets that have simply been abandoned, left to fend for themselves on the streets. And, of course, with so many un-neutered animals on the street, it’s hardly a surprise that the population is getting out of hand. But there are some glimmers of hope for the animals. In fact, I witnessed one of these little glimmers in the form of a woman walking the streets with a carrier bag full of cat food.

Cats were rushing up to her, rubbing themselves up her legs as if to thank her for her help. She said she was part of an organisation who looked after the cats, making sure they were well fed every day of the week. Taking a look online, there are a multitude of private organisations which try to take care of dogs and cats in the city. There’s also a Facebook group set up to try to raise awareness of stray cats.

That one moment did so much to restore my faith in humanity, and also went some way towards allaying my concerns. The throng of stray animals is definitely a problem in Athens, but it is comforting to see first-hand that there are people around to look after them in some way. Have you visited Greece? Did the number of animals in the street bother you?