Bruges: The History, the Markets and the Sprained Ankle 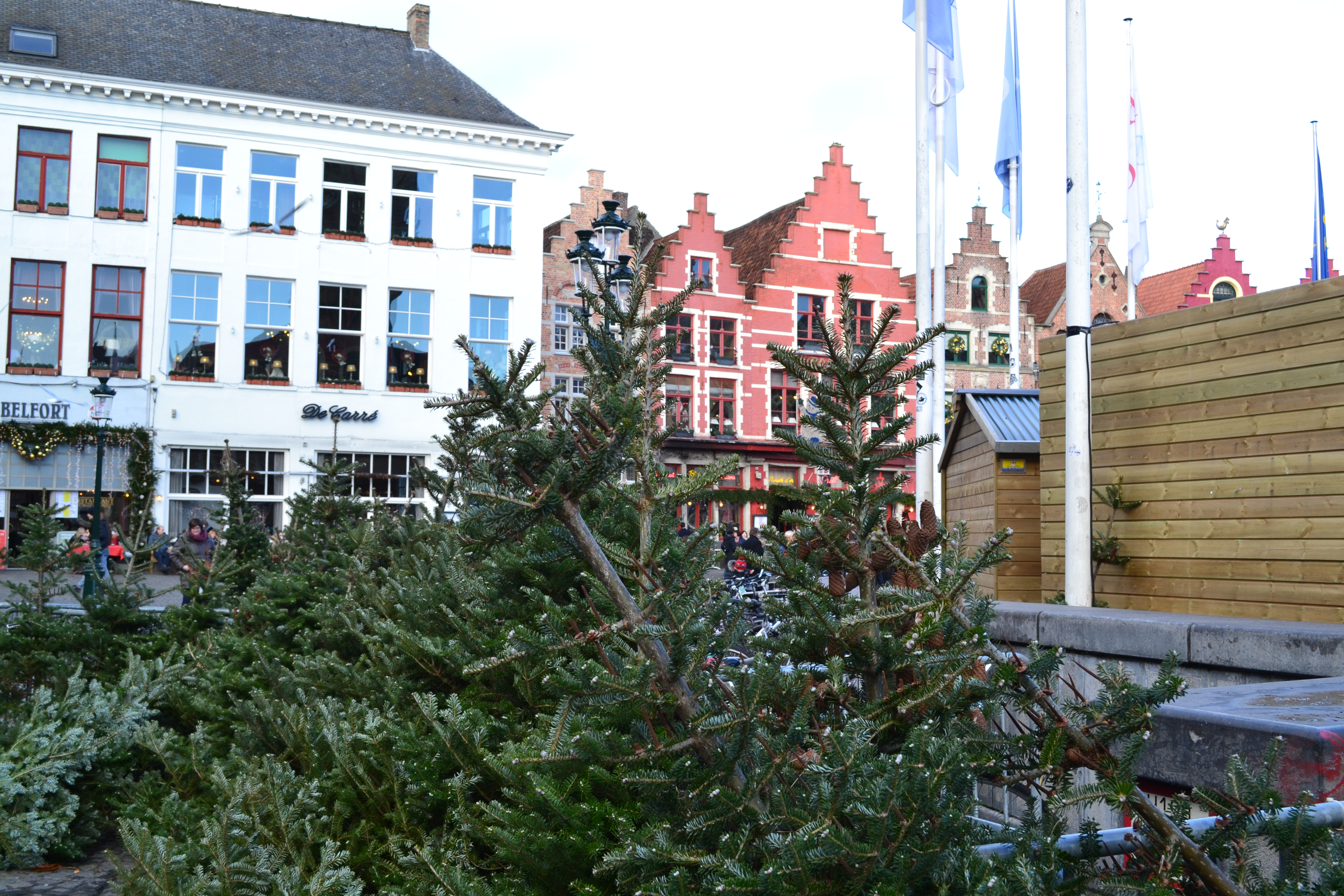 A few weekends ago, I spent just two hours in Bruges.

In my eagerness to get out of the country for any amount of time, I decided to take an old-fashioned coach trip with my friend and her mum for a day trip. I visited Bruges around seven years ago for a long weekend, so already knew how beautiful it was, from the canals to the cobbled streets and the quirky houses. However, I’ve heard so many good things about the city’s Christmas markets, that I was dying to see them for myself – no matter for how short a time!

There’s no denying that Bruges is one of Europe’s most beautiful – and romantic – cities. With its whimsical medieval features and gorgeous stretches of canals, you feel like you’ve been wrapped up tight in a fairy tale. The historic centre was made an UNESCO World Heritage Site in 2010, and its charm-filled streets captivate you from the moment you step foot on them. Although stalls are spread across several  neighbouring squares, the main Christmas market in Bruges is held in the iconic Market Square (or, the Grote Markt if you’re looking for signs), home to the towering Belfry of Bruges. It took us quite a while to locate the main market, distinguishable by a large ice rink in the middle and surrounded by wooden huts.

If you’re thinking of heading to Bruges for the markets, I would definitely recommend visiting on a day other than a Saturday. To say it was busy is an understatement; we had to fight our way through crowds and were only able to take a quick peak of the wares on sale in each hut before we were rushed on to the next stall. There’s no doubt the market was dripping in festive cheer, and I would have loved to have seen it in the evening with all the lights lit up and a more relaxed vibe. There were dozens of Christmas trees on sale, and shops facing in towards the square were all decked out with decorations.

The huts sold a mix of traditional Belgian produce, from wooden home accessories to candles, decorations and chocolate. I did find that a lot of the stalls were quite similar, but that was pretty handy when it was so manic and we weren’t able to take absolutely everything in. As is (worryingly) become customary during one of my excursions, this trip wasn’t without its drama. As I stepped off the coach in Bruges, my foot slipped off the kerb and I fell to the ground, the contents of my bag spilling out everywhere. I had hurt my ankle. Badly. And when an oncoming coach honked its horn at me to move out the way, all I could do was pathetically roll onto my side and onto the pavement because I couldn’t put any pressure on my ankle.

With the help of my friends, I managed to hobble over to the pavement, but I was shaking so badly and felt like I was going to throw up. Unbeknownst to me, I had sprained my ankle, but I managed to limp around Bruges for a good few hours. I was determined not to let it ruin my day. That probably didn’t help matters though – by the time I got home later that evening my foot had swollen up, and I woke up the next morning to find it had come out in a right shiner of a bruise. So, basically, I was bruised in Bruges. Not exactly the souvenir I wanted…

I was going to post a picture of my ankle (I’m oddly quite fascinated by the bruise…) but it’s not the prettiest of images. So, instead, have this drawing. I may have slightly exaggerated the swelling a little, but my foot did look like a fat turkey for a good week or so. I’m well aware that two hours is absolutely no amount of time to see anything, let alone one of Europe’s most magical Christmas markets – and especially when you’re hobbling around on just one good ankle.

If you’re thinking of heading there for a day or so, don’t be concerned that you won’t get that much out of it. We had a fantastic time away from the hoards of tourists, just ducking in and out of the Belgian shops and picking up chocolates and little stocking fillers.

However, my little taster of Bruges at Christmas has just made me eager to return yet again, this time for an extended weekend (at least!) and two good ankles.

Have you been to the Bruges Christmas market? Or would you like to go?