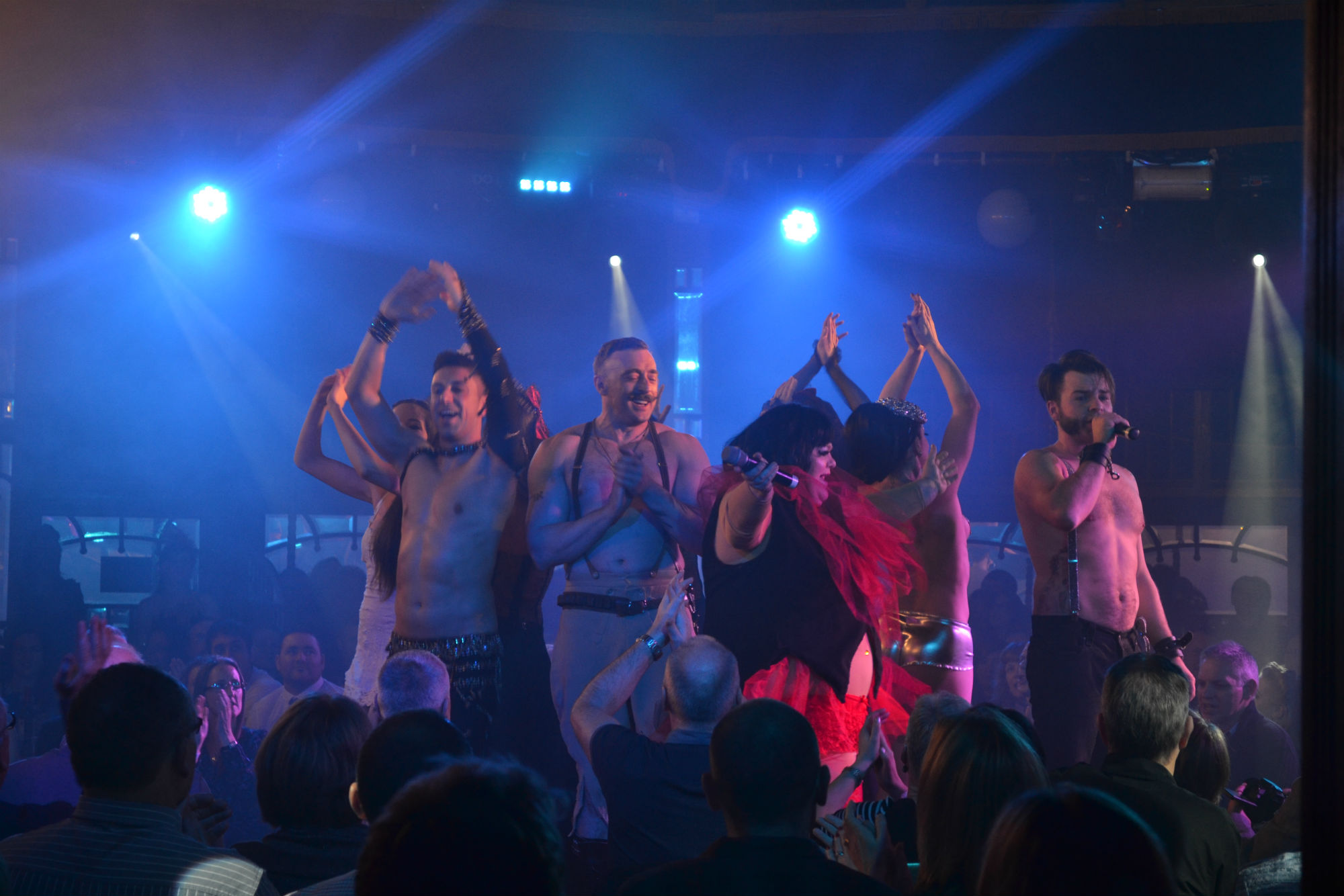 If you’re going to celebrate Burns Night, there’s really only one place to be: amongst burlesque dancers, aerial artists and a Victorian strongman at Dumfries’ Le Haggis: The Second Coming show, billed as ‘Scotland’s Sexiest Cabaret Show’. Burns Night is held every January 25th to celebrate the life of Scotland’s national Bard, Robert Burns. Traditionally, Scots meet for formal dinners with a piper and the country’s national food of Haggis, although nowadays, Burns Suppers are often informal affairs for friends and families.

Returning for a second year, Le Haggis: The Second Coming is part of the Big Burns Supper festivities that runs all across Dumfries during the last week of January. Featuring a smattering of music, theatre and comedy, the festival is the World’s Biggest Burns Night Celebration – so, really, Dumfries is the place to be if you’re wanting to get really stuck in. From the moment you step into the Spiegeltent, you are completely immersed in the event. Staff in traditional Scottish dress take your ticket at the front entrance, before you’re shown to your place in the darkened tent. At the same time, classic Scottish music is blasted out in order to get you into the party spirit. It’s all a bit of a whirlwind, but you can’t help but get caught up in it all, especially with staff rushing around, trying to get everyone clapping.

Around the stage guests sit around tables, so that they can tuck into their haggis and glass of bubbly during the show. Private booths are placed around the sides of the tent for a comfier experience, while those in the front row have to eat on their laps – but they do get the added bonus(?) of being picked on during the gig!

The food is brought to you by the staff. Although it’s mainly mass-catered food, the vegetarian haggis I had was so tasty. During the second part of the show we were also brought some cheese and crackers, so you get plenty for your money. The live band (and an oddly dashing lead singer with the most mesmerising side burns) kicks off the event with a few songs. They’re a constant throughout the show, popping up between acts to sing a mix of contemporary and traditional tracks to get the crowd buzzing.

Over the next 90 minutes – including a short interval – the audience  was treated to everything from can-can dancers, to a belly dancing man and burlesque aerial dancer. Comedy comes in the form of a Victorian strongman, who pulls out all the innuendos as he attempts to bend iron on stage. It’s pretty impossible to pick my favourite act, because they were all so well integrated into the show. And all the performers seem like one big massive family – the Big Burns Supper organiser told me that before the show the Victorian strongman and belly dancing man were even comparing pec sizes backstage!

Because it is so difficult to describe the electricity of the event, I thought this would be a good time for me to flex my vlogging muscles. Please don’t expect anything too grand, but I hope this gives you an idea of what the amazing atmosphere is like in the Spiegeltent!

And, of course, it isn’t a Burns Night celebration without a rendition of Auld Lang Syne. The event closed with all the performers on stage, jumping and singing along with the audience to the iconic sounds of the Bard’s most iconic song. By the time the audience flowed out from the tent at 9pm, I was in no doubt that this was the way to celebrate the Bard’s special day – cheeky, entertaining and a fair bit of raunch. Make sure you get your ticket for next year! Have you been to Le Haggis before? How do you celebrate Burns Night?