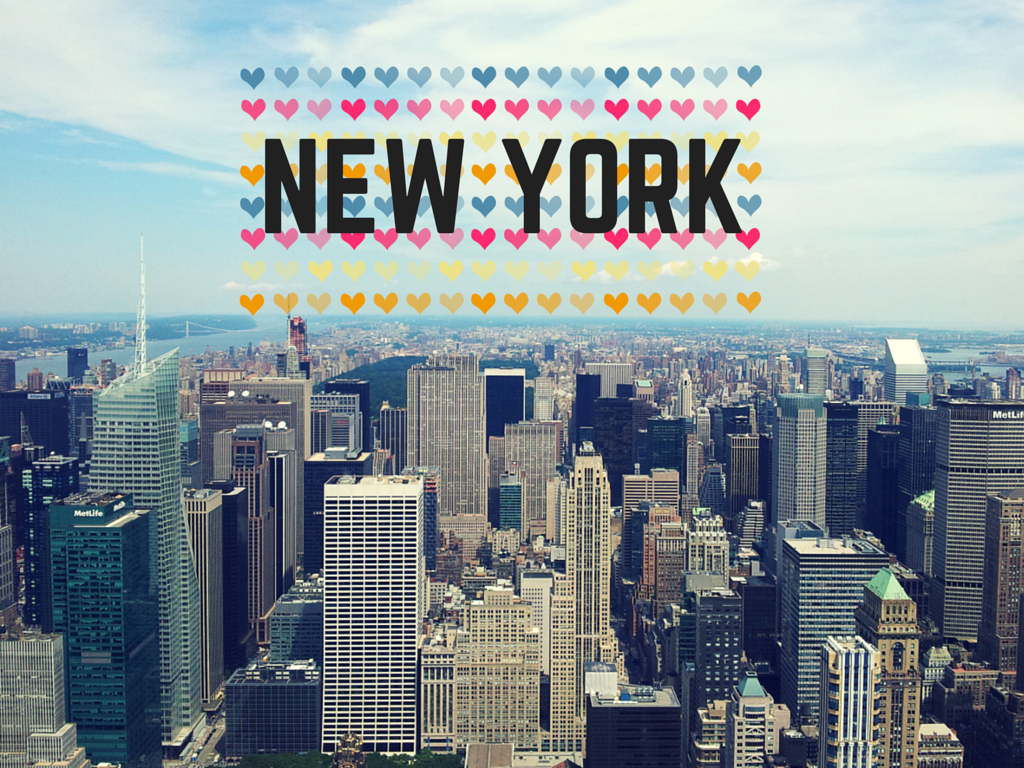 For the last few months I’ve had the same recurring dream over and over again.

In it, I’m plonked right in the middle of New York, either on my own or with a friend, and am desperately trying to cram as much in as I can. Exploring the depths of Central Park, wandering the city’s streets, and even stocking up on American sweets in a 7/11 – it’s all there.

I don’t ever feel a sense of anxiety as I set out on my sight-seeing trip. Far from it. In fact, I’m filled with overwhelming happiness at being back in the city that stole my heart back in 2012.

My first and only trip to New York was with my boyfriend, Ian, in August 2012. Although we were only there for a week, we experienced so much together, from taking a boat across to Liberty Island to finding Carrie’s Sex and the City apartment. We packed so much in in such a short space of time, that even now I’m wondering, “Did that even happen?”

New York has always been on the top of my travel-list, ever since I was young. I grew up imagining what it would be like to pace the streets of this iconic city that seemed to be in every film I watched, and the backdrop of half the features in my weekly magazines. So when I finally persuaded Ian to come with me (after months of badgering) and we finally booked it – in my grotty halls during my second year of university – I couldn’t quite believe it. And as we drove into the city after months of waiting to finally jet off, I just burst into happy tears as soon as I saw the Chrysler building jutting out from the mass of skyscrapers. Ian and I up the Top of the Rock

Part of me wonders whether I really did experience everything I could when I was in New York. After a whole summer of interning and working seven days a week, by the time I arrived at JFK I was feeling ready to drop. I remember Ian having to stock up on paracetamol in the nearby chemist in order to try perk me up. It was also blisteringly hot, so we both spent a lot of time ducking in and out of shops to escape the sun.

But when I look back at my photos I realise just how much we did see. We saw all the major sights, including the Empire State Building, Rockefeller Centre, Grand Central Station and the Manhatten bridge, but there’s still so much I want to experience.

We only scraped the surface of Central Park, and I’d love to return to visit the John Lennon memorial and the numerous bridges.  The nerd in me wants to geek out at The Intrepid Sea, Air & Space Museum, while I didn’t get the chance to visit The High Line, which everyone seems to be going on about.

And actually, my dream last night involved me trying to find the cupcake ATMs that I read about on the wonderful Paper Planes & Caramel Waffles blog. In my dream, I was in a taxi shouting to the driver “Just take me to the nearest cupcake ATM!” like some mad woman. Literally anything is triggering my dreams at the minute!

I’m so grateful that I have already had the opportunity to visit this incredible, sprawling metropolis. But I don’t think my visit has done anything to diminish my obsession. Instead, now that I know exactly what it has to offer, I feel even more restless at the opportunity to return.

According to dreammoods.com, dreaming of New York can symbolise a range of things:

If you do not live in New York, but dream that you are in New York, then it symbolizes your fast paced lifestyle. Perhaps things are moving too fast and you are unable to keep up with the demands of everyday life. Alternatively, the dream represents your desires for more excitement in your life. Or you are striving for success in your professional career.  Known as “the big apple, dreaming of New York City could mean that you need to eat a more healthy diet.

While all of these can probably be applied to my life at the moment (especially the unhealthy eating bit, hello giant slab of cheesecake), I think I’m just suffering from a giant case of NY-sickness. New York isn’t a place you can experience in just one week. Each month and every new season has something new to offer, from the magical Christmas displays to the electric summer evenings.

Whether it’s this summer or in 20 years’ time, I’m determined to go back. So, sorry, Ian. It looks like I might be badgering you for a little while longer…

Has a city ever have this much of an impact on you? Do you dream about past destinations?