5 Times I Was Glad I Had Travel Insurance 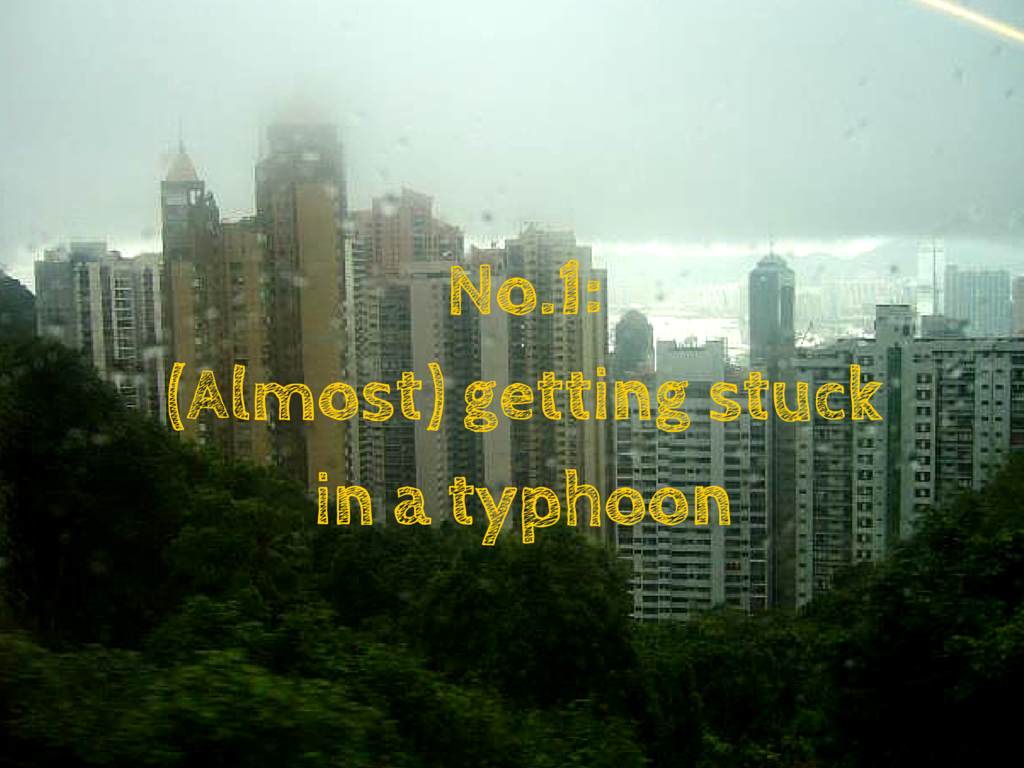 It always makes me break out in a bit of a sweat when my friends go away without any travel insurance.

Yes, the chances of actually needing to use it are slim, but in my opinion it’s just not worth the risk. I’d much rather spend £10 to put my mind at rest while I’m, y’know, jumping over canyons and parachuting from planes (or just drinking tea and walking round museums).

New research from Columbus Direct show that since 2008, most claims have come from things such as medical expenses, cancellations and the loss of baggage – things that can’t be foreseen and which send chills up my spine just thinking about them. Or maybe I’m just being a massive wimp?

With travel insurance for a week away in Europe costing as little as just £5 (providing you’re not throwing yourself down mountains on skis etc), I always think it’s worth picking up just for peace of mind.

While I’ve never actually had to use my travel insurance, here are 5 times in which I’ve sure been glad to have my card tucked away safely in my purse… When I contracted rabies in Paphos

OK, thankfully I didn’t actually contract rabies in Paphos (at least, no symptoms have started to appear two months on, so I’m hoping I’m in the clear…), but for those few hours where I thought a manky-looking cat had passed on the disease, I was pretty thankful I had travel insurance to fall back on.

A member of hotel staff sent the fear of god into us when he saw the tiny wounds on our fingers from playing too enthusiastically with the cats: “You should go to the medical centre and get those checked out…”.

Luckily, after a bit more research, we found out that rabies is pretty much eradicated from Paphos, with all the street cats being picked up and taken to the vets for rabies vaccinations. That being said, it didn’t stop me phoning my mum back home just to check whether I’d had my rabies vaccination too…

When the plane was delayed on the way to Austria

Five minutes turned into over an hour of waiting on the runway at Gatwick airport earlier this year.

Unfortunately, just as we were heading towards the take-off zone, staff noticed that an elderly passenger was exhibiting signs of a stroke. Once we returned to the terminal, paramedics rushed on-board to help the man who  was then taken off the plane to be checked out thoroughly.

On this occasion, I didn’t care a jot about our delayed plane – I was just so relieved that they’d managed to get help to the man before we were 35,000ft up in the air, as who knows what could have happened. However, it just goes to show that, as much as you can organise everything you can on your end, there’s always the risk of something else happening to derail your plans.

When I lost my passport in Amsterdam

So, yeah. After an early morning flight into Amsterdam, I was the idiot who left their passport on the plane. Thankfully I was able to run back (from passport control) to catch the plane just minutes before it flew back to England with my passport. However, I dread to think just what would have happened if I’d actually lost it and couldn’t find it.

Some travel insurance companies do cover the loss of passports and help you with the costs of buying a new one – however, it’s worth double-checking just what your insurance covers before you jet off.

When I got stuck in a typhoon in Hong Kong

I couldn’t believe it when I found a really cheap deal for a week in Hong Kong – although I quickly why realised within a few hours of landing at Hong Kong airport.

It was typhoon season – and not only that, one was heading our way and was due to hit the day we flew back to England.

As it happened, we managed to fly off in the morning just before the typhoon arrived. However, for those few days where we were concerned about what we were going to do if we couldn’t leave the country, it was a relief to know that our travel insurance company would have stepped in.

This was fun. I was trying to buy a bucket load of chocolate in Times Square’s Hershey’s shop on my last day when my travel money card wasn’t accepted. I could only panic, because I didn’t have enough cash on me to get to the airport that afternoon (or to buy chocolate). I was 100% reliant on that card.

After phoning up the Post Office on my mobile (still to this day don’t know how much that cost me – I dread to look at my bill), they reassured me that the card was working and that it would all be OK. Luckily the card did work the next time I tried to use it…but I didn’t have time to go back and buy all that chocolate. (Disaster.)

Side note: While I’m obviously a HUGE advocate of travel insurance, I would urge you to check the cover out before you buy. While some deals sound like ridiculously good value, sometimes it’s worth spending a few quid more so that you have protection on everything.

This post is in collaboration with Columbus Direct. However, all opinions and paranoia are my own.