Forget The Shard – Head Up The Sky Garden Instead! 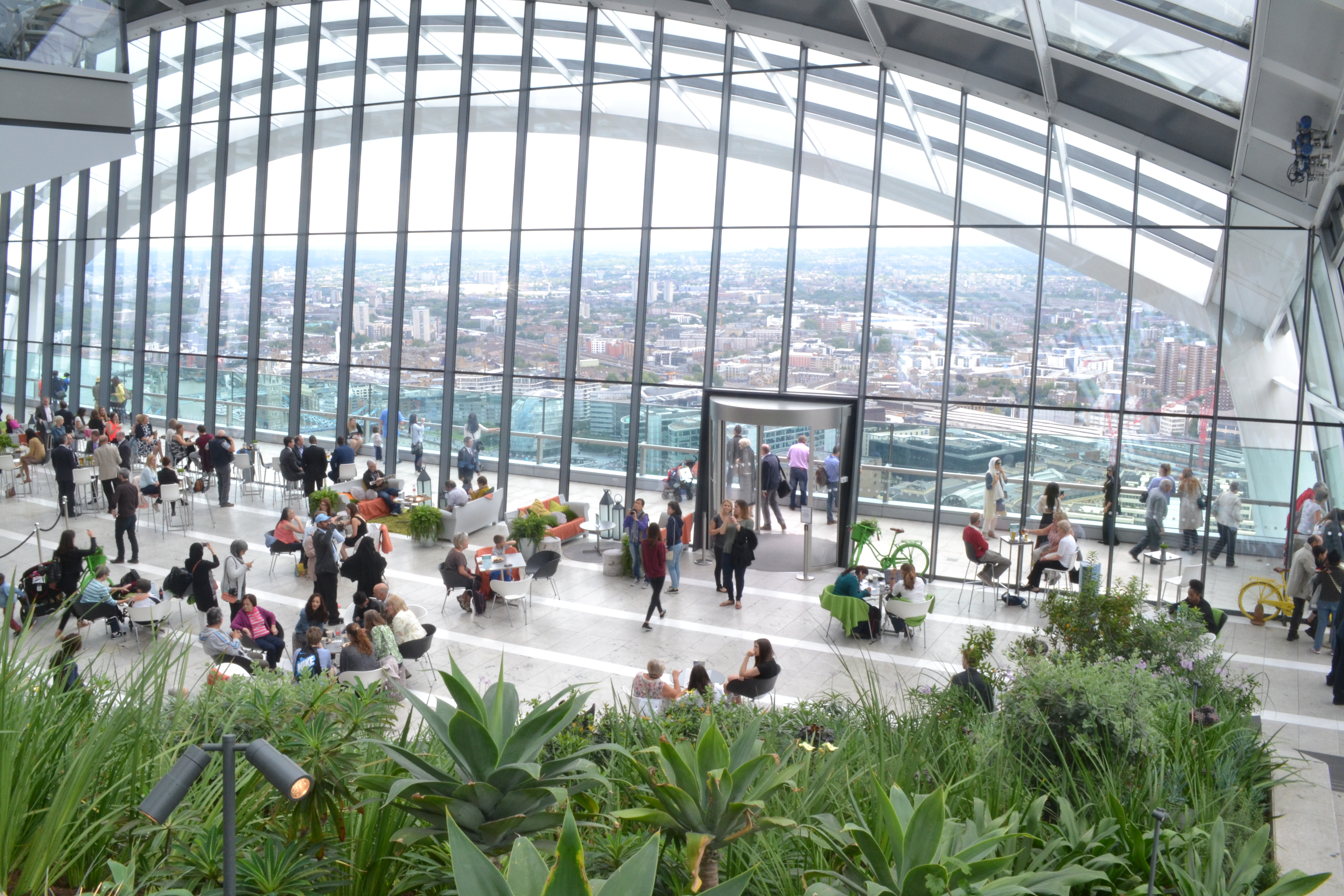 I’m sure we’re all familiar with The Shard by now: that imposing skyscraper in London with the world’s best loo views. It’s got everything from the Shangri-La hotel to a 72nd floor viewing platform open to the elements, but it also comes with a £20+ price tag.

I’ve been lucky enough to go up The Shard twice now – once on a press trip, and another as a treat for my friend’s 30th birthday (complete with glass of Champagne each). Although the views are out-of-this-world and the building itself is all sleek and modern, if you’re looking for the best London photos, head to the Sky Garden instead. Where is the Sky Garden?

You’ll find the Sky Garden up the top of 20 Fenchurch Street, nicknamed Walkie Talkie for its concave shape. (And yes, it’s also the building that was blamed for melting parts of a parked car with its reflective windows.)

It’s just a short walk away from tube stops including Tower Hill, Monument and Bank. Why is it called the ‘Sky Garden’?

Good question. As the name suggests, it’s literally a garden in the sky. A garden was plonked on top to justify building the skyscraper on the edge of a conservation area in the city.

A tiered garden is the focal point of the top floor, nestled in between stairs and a restaurant poking out from its centre. The selection of plants has been the subject of some criticism, with some saying it’s more of a ‘Sky Hedge’ than anything else. However, the garden seems to have filled out, offering Mediterranean and South African flowers alongside shrubs, ferns and fragrant herbs.

Surprisingly it had a real mix of visitors, from tourists securing that obligatory selfie, to businessmen huddled around on tree trunk stools with laptops and important-looking papers.

At 35 floors, the Sky Garden is almost half as tall as The Shard, but the views are no less captivating. The reason I’m so pro-Sky Garden is the fact that, thanks to its central spot, you have the view of The Shard – which is virtually next door – as well as all the historic sights of London.

It’s a bit like going up the Rockefeller Center in New York. While it’s arguably not the most famous building in the city, its viewing platform gives you the best pictures of the Big Apple’s most iconic sights, with the Empire State Building ideally situated for perfectly framing those cityscape snaps. There’s also an outside viewing area where you can gaze out across the Thames towards the Shard while getting some fresh air at the same time.

What does the Sky Garden do right?

The Sky Garden is much more than a place for tourists to take a few snaps and then bugger off back to the chaos of city life. On the top floor you can pick up snacks and drinks from the Sky Pod Bar and just chill out on the sofas and chairs (with blankets!). There’s also the Darwin Brasserie for more formal dining with a view.

What does the Sky Garden do wrong?

The design is a little clunky and at times you feel like you’re almost trapped in a bird cage. It’s also not very tourist friendly, with no signs telling you exactly what you’re looking at when you gaze out the floor-to-ceiling windows.

How do you get tickets?

The only annoying thing about the Sky Garden is that it gets booked up stupidly quickly. Tickets are released on the website three weeks in advance every Monday, but you’ve got to be quick as the best times are super popular.

Oh, and the best thing about the Sky Garden? Unlike The Shard, it’s 100% free to go up!

When you go along to the Sky Garden, you’ll need to join a queue to get your bags scanned. You’ll also need to show some photo ID. We went on a Thursday lunchtime (the 1:15pm slot to be precise) and there was virtually no queue, hurrah!

Have you been up the Sky Garden yet? Would you like to?