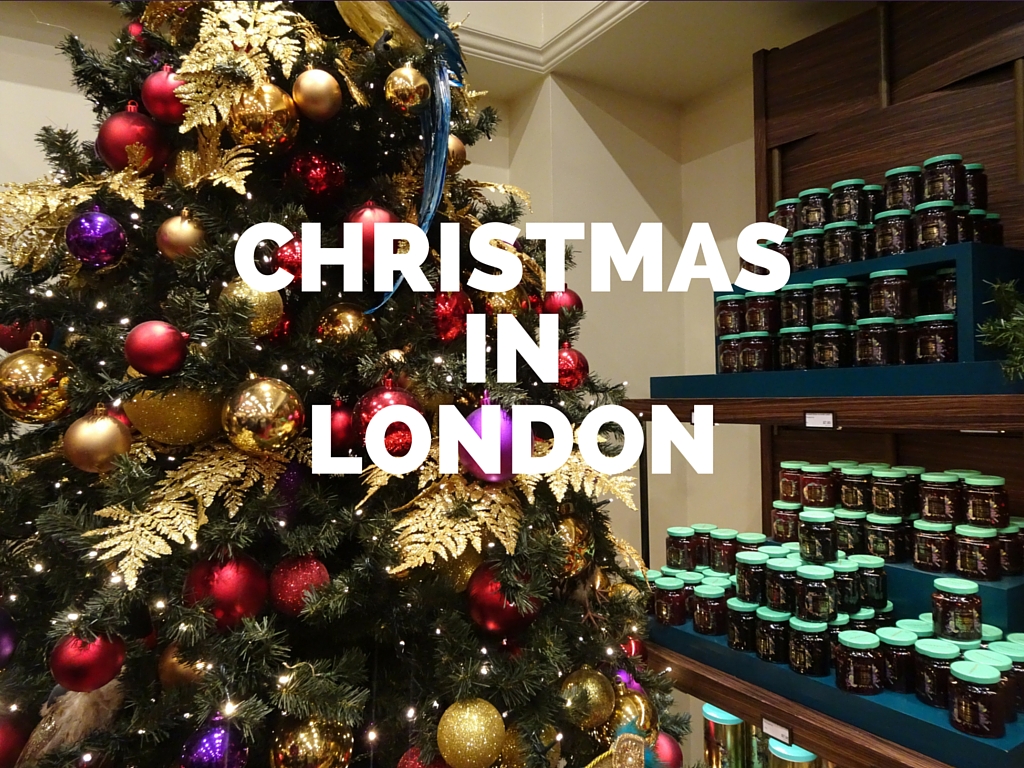 Oh my word I love Christmas. And not just in a ‘I look forward to it every year’ sort of way. More like a ‘I wish I could run off to the North Pole and become an elf’ sort of way. It’s cool, it’s not like I’m a 24-year-old adult — oh wait, yes. I am. Let’s move on.

I love Christmas so much that not even crowds of frustrated, fed-up angry shoppers could keep me from surveying the festive sights in London. Unfortunately, my boyfriend doesn’t exactly feel the same way. Which is why at the weekend I had to drag him on a tour of London’s Christmas trees, sparkling lights and shops. He loved every second of it, I’m sure.

If you’re in London this Christmas, here are the festive sights I’d recommend not missing out on! Somerset House is one of my favourite places in London, no matter what the season. But at Christmas time it really is the place to go, with arguably the best ice rink in the city (book well in advance if you want to go skating). Not only that, its Christmas tree is always spectacular – this year the Christmas decorations are sponsored by Fortnum and Mason, the department store, so the tree is as classy as hell. Honestly, I flipped out so hard when I saw it. My boyfriend? He did not… Plus in the West Wing of Somerset House there are countless little rooms dedicated to Fortnum and Mason goodies so you can pick up some little gifts. Up until the end of January 2016, there’s also a free exhibition on Tintin in the South Wing – a helpful little nugget of information if you’re trying to persuade a Tintin fan to come along with you (the chances are slim, but it’s a good weapon to have at your disposal just in case).

If you hate crowds, a trip to Fortnum and Mason department store probably isn’t for you. At Christmas, it gets manic – particularly if you pop by on a weekend. I mean, it’s probably best to take down the phone number of the local search and rescue team before you go in. And wish your family a good Christmas and a happy 2016, because you probably won’t emerge from this shopping hell for a good year or so.

So, if it’s so mental in there, why would I tell you that it’s a must-visit? Well, put simply, F&M has one of the most beautiful trees in the world. It’s probably in my top 5 of this year, and I’ve seen a lot. Their hampers and Christmas goodies are also equally as stunning, and make the best gifts for friends and family. Spotted in the background: the boyfriend running towards the alcohol. I think he needed it by this point… If you’re looking for a sightseeing spot, this is also the best place to go. It really doesn’t get much more ‘London’ than ice skating under the watchful gaze of the red-lit capsules of the London Eye.

4. The Churchill Bar and Terrace

Last year I was gutted about missing out on a trip to a winter lodge-style bar in London. They seemed to be absolutely everywhere…apart from wherever I was.

So this year I was super determined to go to one – and I settled on the beautiful Churchill Bar and Terrace within the luxury Hyatt Regency London. During the day the dress code is casual and the atmosphere peaceful, meaning fantastic service and a chilled-out sit-down. Make sure that you sit outside on the terrace where there are fur throws on chairs, heaters overhead, blankets to snuggle up under and fairy lights twinkling all around you. It’s romantic, it’s Christmassy, and the Narnia-inspired cocktails will give you an extra spring in your step. Trust. If there’s one store to head to for Christmas decorations, make it Liberty. I had a massive childish moment when I walked out onto their Christmas floor, my eyes unable to open any more to take it all in. In hindsight, it was probably a good thing it was so packed in there, otherwise I would have spent an absolute fortune. Personalised. Wrapping. Paper. Oh, and a massive cuddly toy section. Two reasons why the Christmas floor of Selfridges is one of my favourite places in London. I say ‘Hamleys windows’, because you will not want to actually go inside Hamleys once you see how busy it is. In fact, you probably won’t be able to get in unless you’re prepared to land a criminal record for jabbing several people in the face with your elbow. (But I can imagine it would be worth it.) A famous spot in London from the swinging ’60s, you’ll be mad not to swing by (ha ha, I hate myself) Carnaby Street to have a gander at their colourful Christmas lights. Every year since 1947, the city of Oslo has donated a Christmas tree to the people of Britain to say thank you for support during WW2. The majestic tree will always be found in Trafalgar Square for a spot of festive cheer. Are there any other Christmas sights in London you would add to this list?