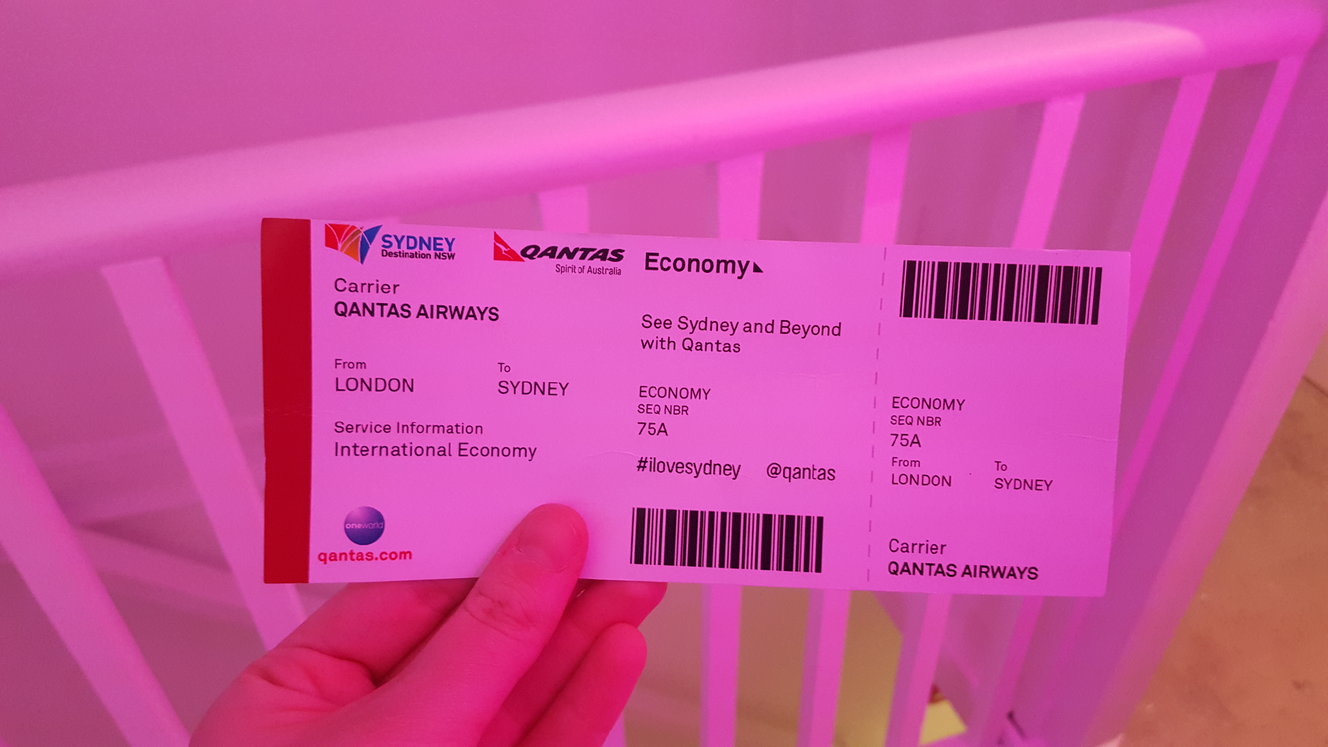 Dust off the barbie and get your flip flops out – 26 January is Australia Day!

OK, both of those suggestions sound like terrible ideas if, like me, you’re stuck in a cold London office with only tea to keep you going. But thankfully, Qantas brought a slice of New South Wales to London last week at a very special Australia Day event in Soho. (Alas not a real Qantas flight ticket – just my ticket for the night!)

But before I regale you with tales of virtual reality headsets, tasty street food samples and an awkward encounter with the barman, let’s take a look at what Australia Day actually involves…

Australia Day: Just What Is It?

A national public holiday for the folks in Australia, Australia Day marks the anniversary of the 1788 arrival of the First Fleet of British Ships in New South Wales. It’s a big occasion for Australians all over the country (and abroad!). Think fireworks, community barbecues, and even boat races in Sydney! Yeah, why don’t we do anything like that in England for St George’s Day…?

I’ve never, ever experienced an Australia Day for myself. (If you have, let me know in the comments below exactly what it’s like!) But having studied the history of Australia as part of my history degree, I was ridiculously excited to spend an evening with Qantas – the airline of Australia! – to see just what it’s all about.

I was one of the first to rock up to the event at a quirky two-storey building just off Oxford Street. The rooms had been decked out with all things Qantas and Australian-themed, from pillows to large-scale wall photos of Sydney Harbour. While most people congregated around the food and drink (not that I blame them), I made a beeline for the virtual reality headsets upstairs. If you’ve yet to try out virtual reality sets then you’re in for a treat! All you do is pop on some techy goggles, and it’s like you’re in a whole new world (*tries to restrain bursting out into song*). For this particular experience, Qantas had lined up a virtual reality short movie on Sydney. Once you had the headset on, you could swivel round on your chair and take in a 360 degree view of the Sydney Opera House, the bridge and the coastline… But the best bit had to be when you appeared to be in a helicopter, hanging out of the window for a bird’s eye view of New South Wales!

Here’s Hannah (That Adventurer) in action: While I was standing around talking with Hannah and the lovely Kate (from Wit Wit Woo), we were able to sample some of the amazing food and drink from the New South Wales region. Usually at these type of events the vegetarian options can be a little underwhelming, but I was hooked on the little veggie patties that were brought round on platters – a mixture of beetroot and cheese, from what I can remember between scoffing them all into my mouth. A selection of wine from the region was also on hand, but as it was a school night and I have the alcohol tolerance of a baby ant, I stuck to the delicious mocktails. I wish I could tell you what was in them, but I was out-sassed by the barman…pointing at the drink, I asked him what it was and, without missing a beat, he replied: “That’s a glass.”

So yep. No nearer to finding out what it was, but hey. It was delish.

Obviously, tucking into a few food and wine samples in the middle of London pales into comparison when you compare the Australia Day celebrations in Australia itself. But being surrounded by lovely blogger friends, enthusiastic travel lovers and exciting suggestions of all there is to see in New South Wales was a welcome addition to my January schedule. The event has spurred my love of Australia on even more – and who knows, maybe I’ll even get to taste my own Australia Day in New South Wales next year!

Many thanks to Qantas for organising this fabulous event!

Have you ever celebrated Australia Day before? Or maybe you’ve got some awesome plans for this year’s event? Let me know in the comments below!