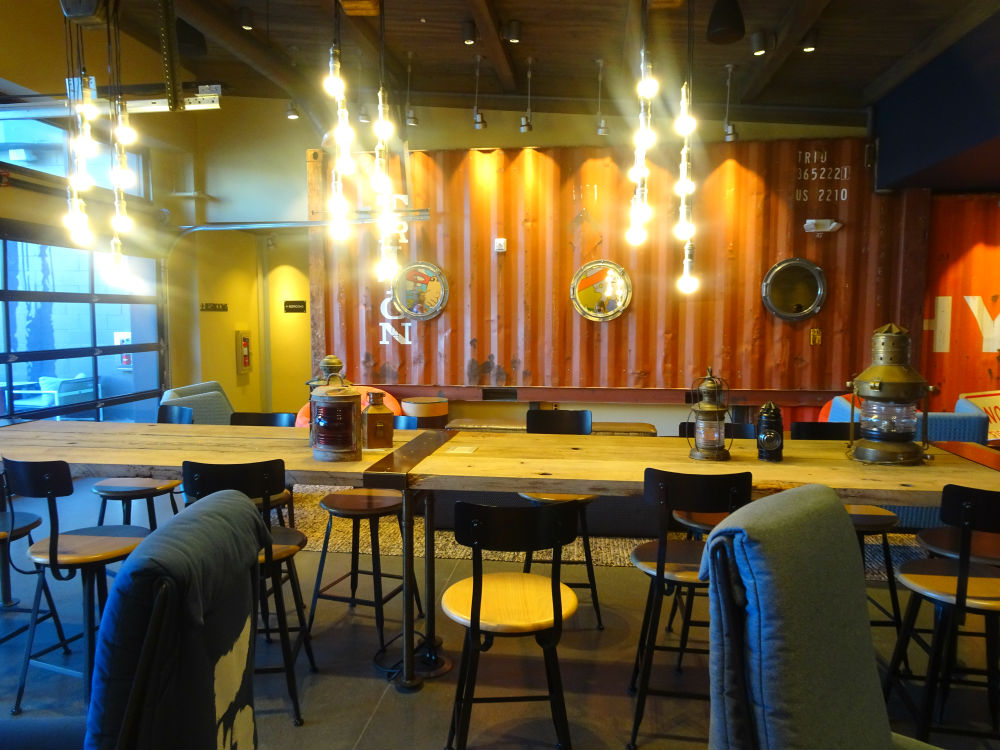 If there was one thing people told me about choosing a hotel in San Francisco it was this: “Whatever you do, don’t pick a hotel near Fisherman’s Wharf.”

There seemed to be endless reasons why I shouldn’t stay near the city’s most iconic area.

But as soon as I locked eyes on Hotel Zephyr, a stone’s throw away from the madness of Fisherman’s Wharf, Pier 39 and Alcatraz, my mind was made up. There was no way I could pass up the opportunity to stay in a maritime-themed hotel. Especially when it was so cheap compared to other hotels more inland! After a long journey up from Los Angeles on the train, we flopped into our double beds at Hotel Zephyr with great ease. It wasn’t until the morning that we got to grips with our bearings, and we were able to establish just where exactly we were in the heaving metropolis.

The first real “Oh my gosh we’re in San Francisco!” moment came as we stepped out onto our balcony, looked out across the sea, and saw Alcatraz Island just sitting there. Slowly our eyes began to adjust to the inside of our room. White walls were accompanied by a main feature wall of corrugated iron, while the room reeked of quirky items and mod-cons: everything from a Keurig coffee machine to a backgammon set, 48″ flat-screen TV, iPod dock and netted balls of light hanging from the ceiling. (Note to anyone thinking of trying: that coffee machine doesn’t work if you’re trying to use a teabag to make a brew. We were that desperate for a cuppa that we actually tried it.)

As for the beds – they were pure lush on four legs. With two double beds, as seems to be the standard in USA for two people sharing a room, there was more than enough space for us to spread out. Well, that’s after we shifted around some of the three huge pillows that were on each bed. Half of them took up residence in the room’s corner for the duration of our stay – something that was quickly realised by the hotel staff, since after the second night they chose to just forget about moving our pillows back in place! The bathroom was small but chic, with a port hole-themed mirror, large glass sink, bath and shower. Shampoo, conditioner and body wash were all provided for, as was hand lotion – perfect if you’re wanting to travel light!

For us, though, the best bit about the hotel was its lobby. A welcoming, open space with armchairs, rounded window seats and work surfaces for people to sit at and get on with some work. Because it’s all hip and fancy, this was all set against the backdrop of shipping containers and arty hanging light bulbs. But Hotel Zephyr offers a lot more than just a place to catch a few zzz’s. As well as all of the above, the hotel has its own indoor games room, with a table tennis table, a snooker table and huge TVs. There’s also an outside garden with life-size Jenga and Connect 4 games, open fires and cosy armchairs. Definitely one of the best outdoor areas I’ve ever seen in a hotel! (Side note: the hotel also apparently has a gym. I think the fact I found the games room and not the gym says a lot about me…)

With all these playful, youthful quirks, you’d be forgiven for thinking that the hotel was more for younger customers. But every day we were in the lift with elderly couples, small families and mother-and-daughter duos on holiday together.

Please don’t be put off by what other people say about Fisherman’s Wharf. It sounds really obvious for me to say it, but what may be one person’s hell could be another person’s heaven. Yes, Fisherman’s Wharf does attract a lot of tourists. But it also attracts its fair share of locals, hanging out on the pier, meeting up with friends, and just chilling by the sea lions. By staying at Hotel Zephyr, you’ll be within a 10-minute walk of places like Pier 39, Ghirardelli Square, bike hire shops and the ferry for Alcatraz. If you’re only in town for a few days and want to see all the big city sights, you can’t get much better than a stay near here. Access to the city centre, like Union Square, is super easy too. Buses leave from just round the corner and take you straight into the city in less than 15 minutes. It’s so simple, even I managed to work it out – and that’s saying something.

So, quite simply, the moral of this piece is this: if your heart’s telling you to stay in one area of a destination, then do it. Don’t listen to the naysayers! And as far as San Francisco accommodation goes, consider giving Hotel Zephyr a go. It’s quirky, fun, and places you right on the doorstep of all the best bits of San Francisco. I loved it!

How to get to Hotel Zephyr

With a prime location in the heart of Fisherman’s Wharf, Hotel Zephyr is easy to find. If, like me, you’re coming in from the Coast Starlight train you will alight at either Emeryville or Oakland train station (both a 40-minute drive away). San Francisco International Airport is also around 40 minutes away too.

If you’re looking for a quick and easy way to get to Hotel Zephyr from the airport, then the holiday taxis route may be the way to go. A private transfer can take you and your luggage from door to door, allowing you to travel in style.

What do you think of Hotel Zephyr?

This article was created in collaboration with Hoppa. However, as always all opinions are mine.