#SendMeAway: My Dream Destination For 2016 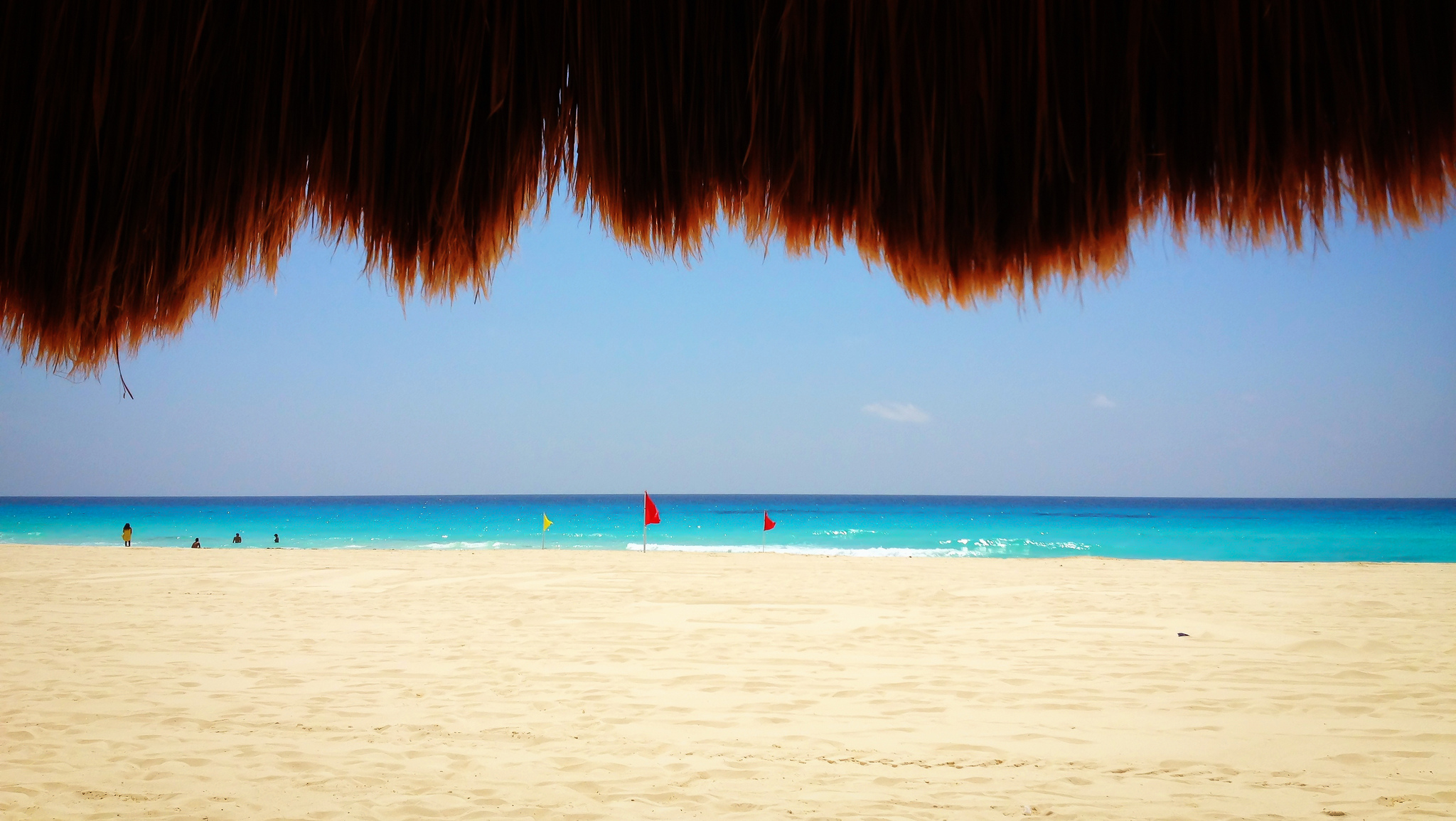 Gale-strength winds that propel you forwards at twice your average speed, and sharp-edged raindrops that cut through you as you rush between the train station and the office: it’s really no fun being in England at the moment.

After shelling out on mountains of knitwear over the last week, I daren’t look at my bank balance. My body is basically now 95% Yorkshire Tea thanks to my efforts to keep warm at work. And, on more than one occasion, I’ve even been found trying to negotiate with my cats to sit on my already slippered-up feet for some added heat. I’ve basically turned into my gran (minus the cauliflower perm), able to quote the weather forecast for the next seven days at the drop of a hat.

For all these reasons (and many, many more) I’ve found myself increasingly dreaming of my dream destination over the last few weeks: the gorgeous coastal city of Cancun in Mexico.

Dreamy beaches, colourful resorts and temperatures that rarely drop below the mid 20°Cs: is it any wonder that Cancun has become the destination of my dreams? Ever since I went to Paphos with icelolly.com last year, I’ve been obsessed with beaches. Especially picturesque, out-of-this-world-with-beauty beaches such as those found in Mexico. I was hoping to make a visit to Cancun as part of my 25th birthday in March, but as soon as I saw the prices that idea quickly went out the window…

So, instead, I’ve been finding myself living vicariously through various methods, including Google Maps and Google Images. Even the new girl at work, who’s originally from Mexico, has been subjected to my incessant questioning about her home country. And we’re talking important questions: things like, ‘Do you have a holiday home there?’ or ‘Would you like me to visit your family for you?’ (Perfectly normal, right?)

But, while Cancun has won my heart with its sensational beaches and colourful charm, there are a hundred other reasons why it’s become my dream destination for 2016. Here are just a couple of them: Fun fact: I didn’t actually know what a Mariachi band was until last year, when I somehow won a competition and got serenaded by one. In front of everyone I worked with. While stuffing my face with pizza. (That’s a story for another time…)

Despite the recurring nightmares this caused, I’ve actually been left with a bit of an obsession with Mexican music. It’s so freeing, upbeat, and happy. You can’t help but dance as soon as you hear the strums of the guitar kick in and the old ‘ha ha ha!’ cry out over the music. Just a few days ago at the Destinations: The Holiday and Travel Show in London, my friend and I twirled and flailed to the Mexican beats. Some old lady even decided to record our horrific dancing, so fingers crossed that doesn’t end up on YouTube. It won’t come as any surprise that Cancun is just as beautiful underwater as it is above ground. Snorkelling in crystal clear waters, encountering whale sharks, visiting the underwater museum, and befriending marine turtles: these are just a few of the activities that get my spine tingling at the very thought of visiting Cancun. According to my new Mexican friend at work, the Mexican dishes at Wrap It Up are, funnily enough, nothing like the burritos you’ll find in Central America. And neither are those Mexican pots I’ve been getting from Tesco. So, basically, just like Jon Snow, I know nothing. And I should probably educate myself about proper Mexican food before I make an even bigger fool of myself. Part of the attraction that draws me to Cancun, rather than the Pacific Coast of Mexico, is its close proximity to Mayan ruins at Chicken Itza and Tulum. The fact that Cancun offers a historical edge beyond its idyllic, relaxing exterior, makes it even more exciting for me. You could basically never get bored in Cancun – how could you, with so many things on your very doorstep?

This post makes up my entry to the icelolly.com #SendMeAway competition. The icelolly.com gang are giving one lucky winner £1000 towards their dream destination, plus a swanky Olympus Pen E-PL7 camera.

I nominate the following three bloggers to take part:

Have you been to Cancun? Is it really as incredible as my imagination thinks it is? Let me know in the comments below!