How To Spend a Weekend in Copenhagen 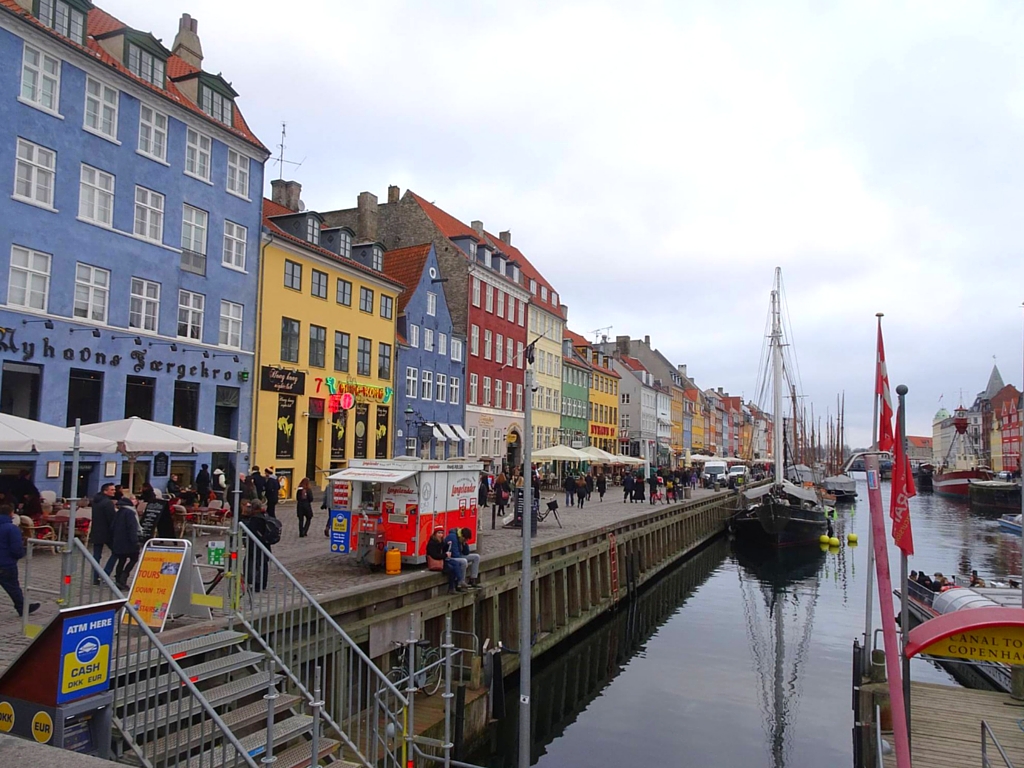 This blog post could easily have been titled ‘How to walk 60,000 steps in 48 hours in Copenhagen.’ Thanks to my boyfriend’s FitBit, we know that was pretty much the sum-total of steps we took in Copenhagen during our weekend adventure. To put it in a more distance-focused way, that’s pretty much 26 miles, i.e. a marathon. (Can I call myself an elite marathoner now? Cool, I’m adding that to my CV.)

A weekend in Copenhagen is no mean feat; it’s easy in many respects, but it shouldn’t be considered as a way to tick off everything there is to see in this incredibly vibrant city. But, saying all that, I’m so glad we decided to do it. Copenhagen was absolutely incredible, even in the close-to-minus-degrees weather.

For a snapshot view of my weekend trip, take a look at my 10 favourite pictures from the weekend. Otherwise, here’s our full itinerary of everything we got up to in our 48 hours in Copenhagen. (Scroll down to the bottom for a full map with pointers for everywhere mentioned!) 6:00am: Woke up. Cried a little bit inside at how early it was. Made the epic journey across London to Luton airport, arriving around 9:15am.

2:10pm: Landed in Copenhagen, hurrah! From here, we took the train from the airport to Copenhagen Central station which took just 12 minutes. Once we got off the train, it was a 10-minute walk to our boutique SP34 Hotel. On the walk we passed Tivoli Gardens (sadly closed until April 2016), plus Rådhuspladsen, the City Hall Square.

3pm: We checked into our room. It was simple but stylish, with an ensuite and views out across the Copenhagen streets. Room smelt a bit funny though. Could have been us though, to be fair. We spent a good 10 minutes relaxing on the bed before we decided to head straight back out – only realising we’d forgotten our sightseeing map once we’d got down the 14,000 (approx) flights of stairs. Whoops. 3:10pm: Sans map, we decided to just go for an aimless little walk, heading down whichever colourful side street took our fancy. Before long we were in the centre of things, with shops and restaurants all around us. It all worked out well in the end as we managed to come across everything that we wanted to see anyway, including the A.C. Perch tea room and the Rundetårn (more on that later).

3:45pm: After a little while of walking, we came across signs pointing us towards Nyhavn, a colourful 17th-century waterfront I’d been desperate to see. We spent ages taking photos with all 6000 cameras we had decided to bring, admiring all the colourful buildings and adorable boats. 4:30pm: From Nyhavn, we followed the waterfront round (past Amalienborg, The Queen’s winter residence, and Kastellet, a star-shaped fortress), until we ended up at the Little Mermaid. We probably spent a bit too long discussing why it was actually famous in the first place. To prevent any more domestic arguments, let’s settle this once and for all: The Little Mermaid was commissioned by Carl Jacobsen of Carlsberg as a gift to Copenhagen in 1913. It was based on the Hans Christian Anderson fairy tale ‘The Little Mermaid’, but was actually modelled after the sculptor’s wife. Today, it receives more than 1 million visitors every year, and is the most photographed statue in Denmark! 5pm: From there, we walked through Kastellet, taking plenty of photos as we went, and back towards our hotel. 7pm: We decided to eat at the restaurant within our hotel, (Cock’s and Cows) mainly because it was cold, we were tired, and the burgers looked AMAZING. Which is a well-known triple winning combo. However, we couldn’t get a table until 9pm, so we decided to head around the corner to Copenhagen’s cat cafe, Cafe Miao.

7:10pm: The cat cafe….wasn’t my favourite place in the whole world. Yes, it had cats which are basically small furry Gods, but the whole atmosphere inside was a little lacking, deflated…and just a bit depressing. And the cats kept trying to escape, which is never a good sign. But it was easy to walk in and grab a seat, and the cakes were decent. 9:30pm: The food at Cock’s and Cows was out of this world. No pictures, because we decided on a mobile phone-free meal together, but man did we demolish those plates. Vegetarian burgers are also available too!

10:30am: So, um, we woke up 30 minutes before we were due to check-out. As it turns out, “I’m tired and my phone was across the room,” is not a valid excuse for not putting an alarm on the night before. (Sorry, Ian.)

11am: We somehow managed to check out on time and head out on another walk. We had a cheap breakfast of pastries and tea at a small chain cafe.

11:30am: After seeing pictures of the inside over on Backpacks and Bunkbeds, we decided that it really would be cool to climb up Rundetårn. Turns out, it was one of the best things we did. Not only was it fairly cheap (25.00 DKK/£2.60 per person), but the gently sloped, corkscrew walk up to the top was actually pretty pleasant. And the views from the top, over the orange-roofed buildings of the city, were absolutely beautiful. 12:30pm: After we’d got a taste for tall buildings, we walked towards the Church of Our Saviour, with a gold-edged corkscrew top. I’d never been so up for visiting churches as I had in Copenhagen – they were all so ornate, and the Church of Our Saviour was no exception, with the inside a mix of opulent statues and chandeliers alongside plain, white-washed walls.

1pm: As the church was near Freetown Christiania, we ducked our heads in to get a little glimpse. I had no idea this place even existed until a few weeks before I went: it’s a self-proclaimed autonomous neighbourhood of around 800-900 residents. It’s a green and car-free area of the city, occupied in the 1970s by some hippies. Today it’s still run as a society within a society, and it’s as bohemian as ever. Fun fact: you can’t actually buy a house in this area. You have to apply for it, and if you’re successful it’s given to you.

I really wanted to have more of a look around, but we’d been advised to be careful because there had been reports of tourists being attacked – all for having a camera on them! I would still love to go back and give it a good visit one day, but maybe on one of the guided tours run by the community.

2pm: We decided to follow a flock of people heading down a seemingly deserted street. And we ended up at the incredible Copenhagen Street Food market, which was hands down the best thing we did all weekend. It was a huge warehouse-type market, filled with stalls selling food from all corners of the globe. I had some pasta and a smoothie, and Ian opted for a roast pork burger – with the most amazing hops-free beer from an organic Danish brewery called Herslev Bryghus. 3pm: Once we’d stuffed our faces, it was time to wander back to Copenhagen central station to catch the train back to the airport!

4:30pm: We caught the train back to Copenhagen airport, which took just 12 minutes.

5:15pm: All through security and with aaaages to wait before our flight, we spent our last remaining krona on marzipan chocolate and Danish pastries. Nom.

7:55pm: We landed back at London Luton airport – less than 33 hours after we departed!

A weekend in Copenhagen: The Full Map

Each of the pointers on the map above relates to places that I mentioned in the full itinerary above. Hopefully this gives you an idea of how walkable it all is!

In short: I loved my weekend in Copenhagen, even if it was rather exhausting. I’d love to go back in order to see Tivoli Gardens (when it’s actually open), plus the Carlsberg Brewery and Superkilen park.

Are there any other Copenhagen sights you’d say are must-visit attractions?