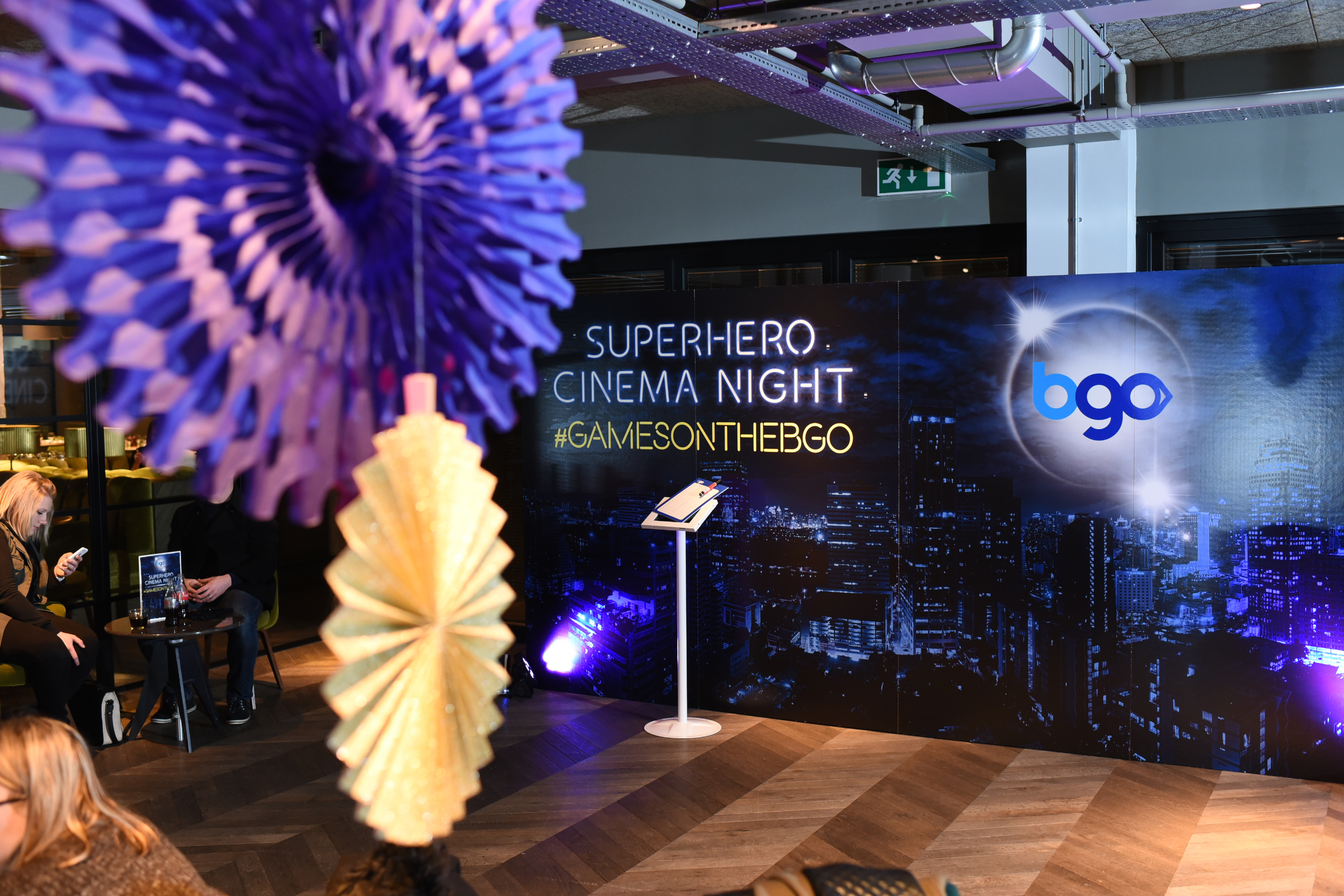 The one thing I love about working in London is the amount of stuff that goes on in the evenings. Don’t fancy cocktails at a swish central London bar? Is the weather a bit too chilly for an evening lounging in the park? Well, how about an evening geeking out at a superhero event with a mystery movie?!

OK, so a superhero evening might not be everybody’s cup of tea, but to me it sounded like the most perfect blogging event ever. It was arranged by the team at bgo, an online gaming company based in London – and details were intriguingly sparse in the invitation email…

“We have a super invite for you from bgo! There will be Daredevil drinks, Captain canapes, a MARVELous movie, and lots of gaming!”

I couldn’t not accept. Superheroes and movies are the best combination ever! So, I dragged my plus one (a friend I’d roped in from work) and headed over to BFI, Stephen Street. One thing I’d like to interject with here is a valuable warning: never assume getting an Uber will be quicker than getting the tube, especially at rush hour. It was raining and it was super chaotic, so we thought, “Hey, you know what? Let’s forget getting the tube four stops and treat ourselves to a luxurious Uber ride instead.”

According to Google maps, this journey, with no traffic, should have taken 17 minutes.

By the time we rolled up at the BFI door, 5 minutes before the movie started, we were knackered. Luckily, bgo had put on a spread of wine, beer, canapés and sweets, which went down really well with us as we were starving by this point. The cinema lobby had been decked up in its superhero finest, including cardboard cut-outs of Ironman. Sadly, we didn’t have too much time to investigate as, after a brief interview on camera, we were whisked down to the private cinema with the other bloggers (grabbing popcorn on the way, natch). Before our mystery movie started, prizes were handed out to bloggers who had got the highest score on the bgo games out in the lobby. Gutted we didn’t even get a chance to even check out those games. Bloomin’ Uber.

Now for the reveal of the mystery superhero movie. I genuinely hadn’t a clue what it was going go be (and let’s face it, it could have been a number of different movies…Ironman, Spiderman, The Avengers, Guardians of the Galaxy…). In the end, the movie was revealed to be…X Men: Days of Movies Past. Great movie. Luckily I hadn’t seen it since it came out, so it was fab to watch it again with semi-fresh eyes. My mate loved it too, although I’m 97% sure that was because Michael Fassbender was in it.

By the time the movie came to a close, the superhero decorations had been tidied away, and the rain was chucking it down. (You’ll be received to know I got the tube home, not another slow Uber). I sought refuge for a few extra minutes after spotting a giant Academy Award – about as close as I’ll ever get to winning the real thing! Does it look like I’m touching him up? Whoops.

It was another fab night out in London town. I definitely wish more blogger events could be like this – food, movies, superhero nerdiness – what more could you ask for?! Many thanks to bgo for organising!