Why Riga Should Be Your Next City Break Destination 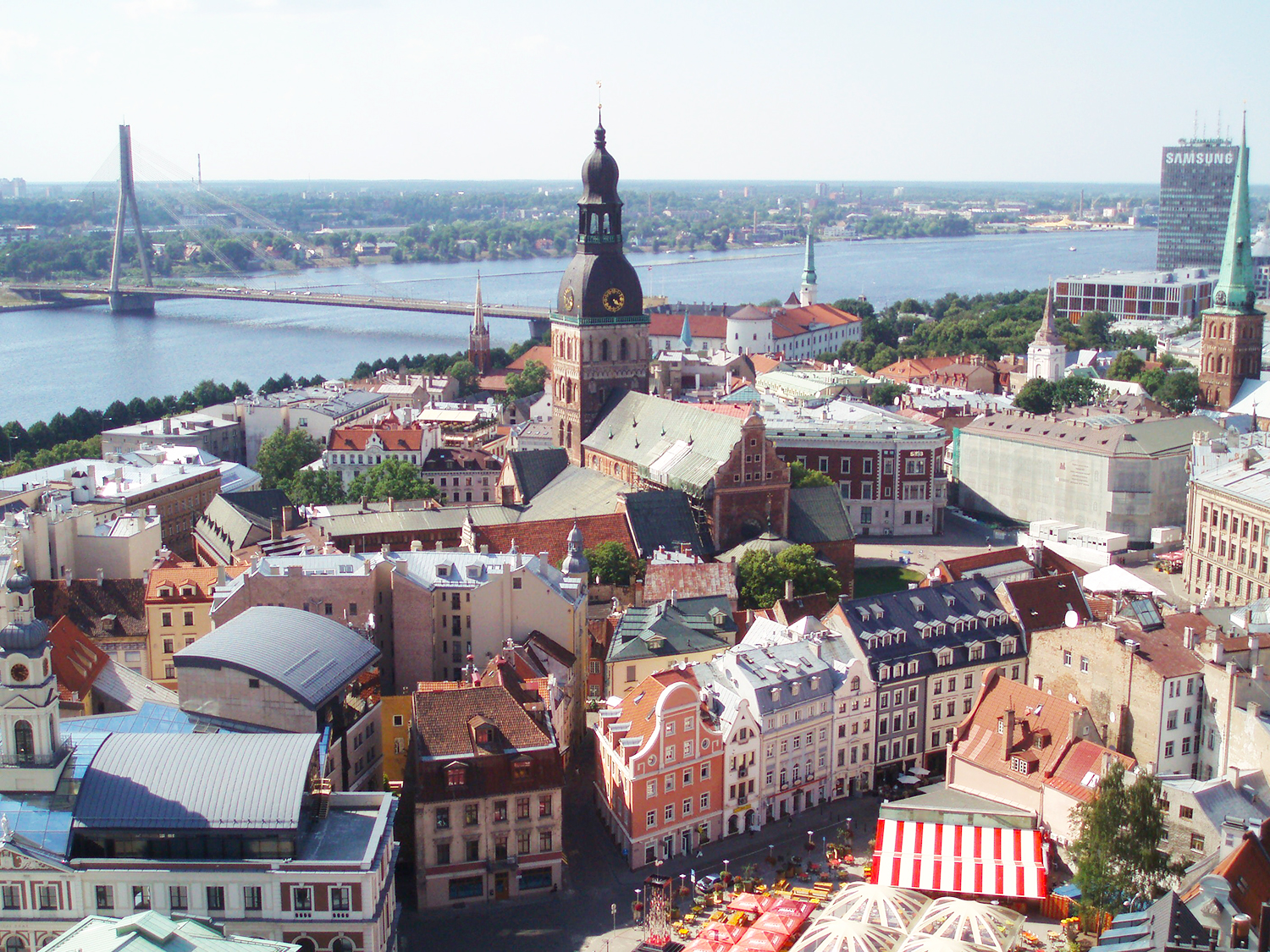 “Got anything nice planned for half term?”

That’s pretty much the way all of my pre-holiday conversations went when I dropped the R-bomb because, like me, people had literally no knowledge of Latvia’s capital, which lies just to the west of Russia, nestled between Estonia and Lithuania. Now, I’m not going to lie and pretend like it was anything other than a price-based decision to go there (return flights, over a bank holiday weekend, were a mere £60) but now I am oh so glad that I did. After a fuss-free airport experience at Manchester Airport (we even spotted top A-list celebrity James ‘Muscle Mix’ Tinsdale from Geordie Shore) we were soon airborne, and a mere two hours twenty minutes later we were touching down in a dusky Riga. As the keen geographers among us will know, Latvia is quite far north – not too far from Finland – so we were very lucky in that it is broad daylight way past 10pm in the summer months, making it an ideal spot for leisurely al fresco dinners and romantic walks home.

As soon as we’d arrived and settled in, we found ourselves in an achingly cool bar, called Kaņepes Kultūras Centrs, which had been recommended to us by the Airbnb hosts. At this said bar, it was as commonplace to see someone enjoying a cup of tea or piece of homemade cake as it was one of the vast selection of local Latvian beers. Meanwhile, the music ranged from techno beats to S Club 7. One of the first things that we noticed about Latvia was that every single person we spoke to spoke perfect English so we had no trouble getting around, and everyone was really friendly. Our first full day in Riga saw glorious sunshine, so we headed straight out to the Old Town to grab breakfast in one of the many cool cafes before hitting the free walking tour. This was a great way to get our bearings of the city, while also learning all about the history and culture of this tiny nation. We happened to acquire ourselves the tour guide who seemed to also be a part-time stand-up comedian as we spent the whole tour in hysterics at his dry wit while he poked fun at the fact that no-one knows anything about his home nation. As an ex-Soviet state, the architecture of Riga retains many Stalin-esque influences, and our Airbnb was right opposite The Academy of Science, which was a great landmark when we were lost across town! Now I’m not going to pretend that there are sightseeing attractions around every corner, but that is part of the beauty of Riga. As you’re not rushing around to tick off every ‘must-see’ attraction, you can spend an afternoon compiling your ‘My Favourite Latvian Beers’ list, taking in free samples galore at Europe’s second-largest food market, relaxing in one of Riga’s beautiful parks, or marvelling at the Soviet artefacts in the flea market.

After we’d tired our legs out from racking up a whopping 30km of walking on our first two days, on our last afternoon we thought we’d give our legs a rest and take to the water. The river cruises run every half an hour and will set you back around 7 euro. It’s a great way to take in the city’s picturesque skyline, and you get right up close to the majestic TV tower which watches over the city, standing high above the skyline. For anyone who wants to explore the history and culture of Eastern Europe and wants to avoid the crowds and expense of cities such as Prague and Krakow, Riga is definitely the place to go. It’s understated and relaxed with its laid-back approach to life, yet vibrant and welcoming with charm by the bucketload. Take a few days, an open mind and plenty of suncream, and Riga might just become your new favourite city break. On her quest to conquer 30 countries before her 30th birthday, Jess finds herself holidaying in such bizarre destinations as Bratislava, Kuwait and San Marino. All holidays are predominantly food-based, and when not off travelling she likes riding her bike and planning holidays.

Have you been to Riga before? What were your lasting impressions of it?