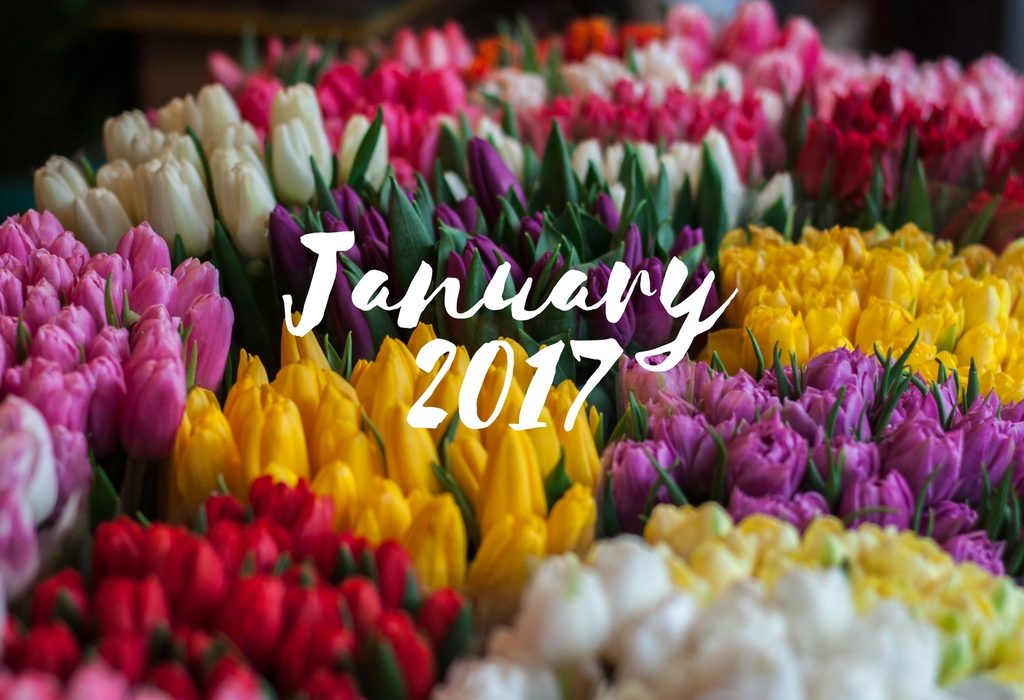 As always, it’s taken me a few weeks to get back into the swing of life after the wondrous Christmas and New Year period. People go on and on about Blue Monday, the day in January which is supposed to be the most depressing of the year, but I honestly feel like the whole of January just needs to be written off. That adjustment period back to work and an All I Want For Christmas-free existence is brutal. Way too brutal.

But now, with February on the horizon, I feel like I’m finally getting my groove back. I even decided to give my blog an entire spruce-up with actual categories and updated content! (Please, if you do one thing today, read all about Jim and Ralph.)  Even though it was just a case of uploading the theme to WordPress and tweaking a little bit of code, I was slightly proud of myself for having done it all in just one four-hour stint. I almost, ALMOST enjoyed it! Not to mention I’m mighty relieved that I didn’t completely mess it up and lose 5 years of precious blogging work…

This month, I haven’t been up to too much other than working and chilling. Mum has her good days and her bad days, but I find myself not wanting to really arrange any days out anyway because I want to be there both with her and for her, although I have had the odd day in London for work. Other than that though, the month’s been one of behind the scenes admin and excitement…

This month, some content I wrote for Travel Supermarket late last year was finally published. In case you missed it, it was all about the most hip neighbourhoods in the UK and Europe. It was one of my biggest pieces of freelance work to date, and possibly the most enjoyable – I’ve definitely added a whole shedload of new destinations to my bucket list after doing all that researching!  After the piece went live it all went a bit crazy, with the piece being picked up by various publications around the world. I even received mentions in national and international press including The Independent, NZ Herald, Insider and the Huffington Post (yep, lots of celebratory cups of Yorkshire Tea were had).

Earlier in January I received a lovely parcel of goodies from Sistaglam. I’ve sort of fallen in love with their clothes, despite not really having anywhere that cool to really wear the stuff to! Saying that, I’ve actually been living in this slouchy jumper (*which is currently on sale, guys!*) ever since it arrived. Seriously. I’m almost becoming one with this jumper. It’s easily the cosiest item of clothing I own, and so nice to snuggle up in while doing my day-to-day bits. Plus Jim loves to cuddle up to it too. Look at him being all snuggly and not trying to escape my grasps at all.

January was also the month of remembering the shocking passing of David Bowie. Ian and I decided to go to the London Jazz Cafe for a night of Celebrating Starman, which ended up with everyone in the venue singing their hearts out to Space Oddity and crying into their wine glasses. It wasn’t your regular Saturday night, but a great way to remember one of our musical idols!

Other than that, I managed to do my first 5k of 2017. I was knackered afterwards, and a few minutes below my PB – but I did it! To some this might seem like nothing, but considering this time last year I could barely run 100m without dying on the spot, I’m slowly getting there. I’m even considering making ‘run a 10k’ my goal for 2017. I’m in two minds over it because 10k sounds very long and very scary…but, then again, if you’d have told me this time last year I’d be running 5ks, I would never have believed you. The Emerald Coast: Image from vickyflipfloptravels.com

Having not been out of the country now for almost a year, my list of places to visit is becoming staggeringly long.

For instance, Vicky Flip Flop has got a lot to answer for this month. Both her cruise around the Caribbean and her trip along Florida’s Emerald Coast sound and look IN.CRED.IBLE. I’m definitely craving some sunshine and beaches right now, especially with the UK weather being so shockingly grim. I’d actually never heard of the Emerald Coast until Vicky wrote about it, but now it’s firmly up there on my bucket list – stunning sunsets, white sand beaches, an easy road trip along the coast…get me there ASAP.

On top of that, I’ve also lost count of the number of times I’ve sent pictures from the Luxury Columnist’s ski trip to Switzerland to my boyfriend. #hotelgoals

I really want to read more in 2017. I really do. My downfall last year was that I had so much going on, I would start reading something and then promptly fall asleep within 2 pages. Which is great for when I’m trying to get to sleep, but not so great for, y’know, actually trying to finish a book.

Because of my limited attention span at the minute, I’ve been getting into graphic novels again. They’re so easy to dip into, and quicker to finish, giving me less time to fall asleep.

If you’re into your graphic novels, I’d definitely recommend Paper Girls and Descender – both vastly different, but absolutely gripping. I couldn’t put either of them down! And anything by Lucy Knisley is a belter. Displacement, an autobiographical graphic novel about the time she took her grandparents on a cruise, is one of the most touching books I’ve ever read, but Something New: Tales from a Makeshift Bride is proving to be just as epic. What have you been up to in January?