Why I Turned To Hypnotherapy To Conquer My Travel Fears 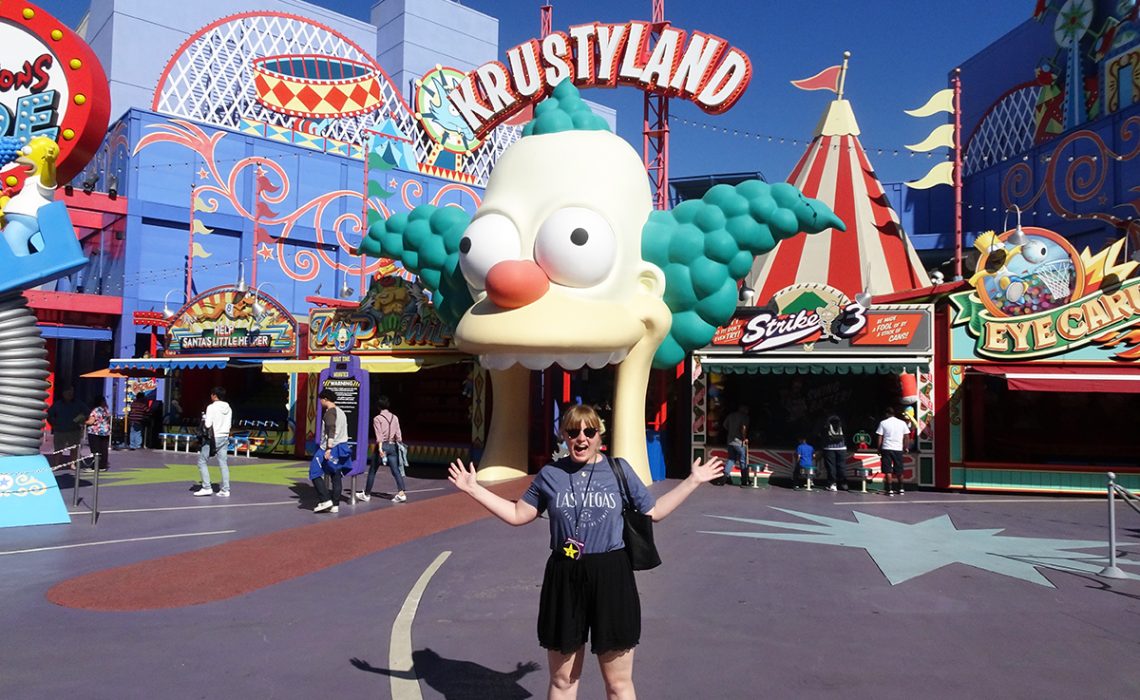 “You’re a travel writer who’s afraid of flying? Oh dear, that doesn’t sound like a very good combination” – My hypnotherapist.

Yep, as phobias go, mine is a little unfortunate. As a freelance writer and travel blogger, flying is part and parcel of my career. And if I’m not writing about travel, I’m daydreaming about flying off to every corner of the earth, seeing exotic animals, experiencing cultural quirks, and gazing out over iconic landscapes.

That’s not to say that my fear of flying has ever stopped me. Over the years I’ve flown to and from Hong Kong via long stopovers in Dubai; I’ve flown to America several times, and I’ve jetted all over Europe. But it’s not something that I enjoy. The thought of flying is enough to bring on a terrifying dose of anxiety, and on one occasion I actually had a panic attack just as our plane was sitting on the tarmac waiting to take off. In fact, at the height of my flight anxiety I have been known to desperately seek out any option other than flying – after all, who wants to fly 22 hours from London to Sydney when you can get there by cargo boat in 40 days, eh?

But herein lies my issue: as much as I’m scared of flying, I’m more terrified of never doing or seeing anything. I don’t want to reach old age and have any regrets. When I think back at all the incredible memories I have of travelling, like seeing the Grand Canyon for the first time, or having ski lessons on a snowy mountain in Austria, I 100% know that all that flight anxiety was worth it. Never would have seen Alcatraz if it wasn’t for embracing my travel fears!

Not only that, but the idea of travel gives me a lot of personal motivation. It inspires me to work hard in order to cover the cost of my trips, and my seemingly endless ‘bucket list’ keeps my focus in check. On top of all that, I love the feeling of booking a trip and counting down the days – and then writing up all about it when I get back.

All the excitement travel gives me therefore makes it a lot more gutting that I have this anxiety over flying. I’d love to be the type of person who views the journey as part of the holiday, and who looks forward to 12 hours on a plane watching movies almost as much as the holiday itself.

But I know I can be that person – or, at least, a version of it. Because everything I fear about flying is learned. I’m well aware that I picked it all up from my mum, ever since our very first flight together to Barcelona. I was barely 9 years old, and my mum had had a crippling fear of flying ever since her teenage years. To her credit, she got on that plane to Spain…even if it did involve her panicking throughout, and then finally squeezing onto a random man’s knee behind her as we landed in Barcelona. Classic.

Not only was I exposed to that, but I also remember mum sitting at the desktop computer in Spain desperately searching for an alternative way to get back to the UK without having to step foot on a plane. In the end we did have to fly home, but the next time we went to Spain we did it by coach. Only took us 22 hours to get there, no big deal… But the point was, I had been introduced to the concept of flying being an issue that could be overcome. I didn’t have to fly, and to my fear-ridden mind, avoidance became the easiest route. Later on when my mum became ill, I overheard her saying to her friend that she hopes I would “continue to travel,” because it’s something I enjoy doing. That made me realise that I needed to tackle my fears head-on. Just as I had ‘learned’ how to panic and fear flying, I also realised I could ‘learn’ how to enjoy flying too – or, at the very least, tolerate it.

Having tried medication in the past, I decided to turn to alternative therapies. Enter hypnotherapy. I’d never even considered hypnotherapy before, but it seemed to be something that always popped up whenever I did a Google search on ways to combat a fear of flying. I found a local hypnotherapist, arranged an initial session, and then got stuck into several sessions over the course of a few weeks.

Your idea of hypnotherapy might involve a half-crazed man swinging a pocket watch in front of your face until you fall asleep (don’t worry, that’s exactly what I thought beforehand too), but the reality is completely different.

My lovely hypnotherapist was a woman well-versed in meditation and alternative treatments, but also well-grounded in reality. The hypnotherapy was more of a ‘guided meditation’, where I would lie down on a horizontal armchair with a blanket over me and my eyes closed. I’d then be talked through the relaxation process. When I was feeling completely relaxed, I would let my mind wander to various memories which I’d then describe out loud. And then during the session we would do several things, such as reworking troublesome scenes so that the memory was more positive for me.

Early on in the sessions, it soon became clear that my anxiety was a little more deeply rooted than just a fear of flying, but we were able to tackle different issues separately. I was also given a number of ways to tackle my anxiety, including reciting positive affirmations. It might sound a bit crazy, but it makes total sense. If you tell yourself over and over again that you’re useless and weak, eventually you start to believe it without too much bother. But if you’re able to harness those negative thoughts and replace them with something positive, you can work to change your entire thought processes. Another technique I was shown was EFT (Emotional Freedom Technique). It works as a form of acupuncture without the needles, and involves you tapping yourself in various parts of the body in order to release energies. Again, it sounds too good to be true, but the fascinating thing is that there are proven cases of people having actually controlled physical symptoms of illnesses simply by following the EFT method. At this point, I’m willing to try anything.

Does Hypnotherapy For Fear of Flying Work?

Having spoken with several people about hypnotherapy, including a family psychiatrist, one thing is clear: no one is 100% sure about anything – not even how or why certain medications work.

I’m not saying that alternative therapy should be used over medication (heck, I’m on both and I wouldn’t have it any other way right now!), but that we should be open to trying other methods of tackling anxiety.

As much as I would love to say that the hypnotherapy encouraged me to take that 22-hour solo flight to Australia, I’m afraid I can’t. However, with a handful of new tricks up my sleeve for my upcoming trips to Toronto, Cuba and Norway (8 flights in total!), I feel confident that I am armed with the knowledge to get my backside on those planes at least, and how to tackle my anxiety if it surfaces. This is very much a work in progress, so I’ll be sure to update you with how I get on!

For now though, I’d love to hear all about your travel fears: Do you have a fear of flying? Have you tried hypnotherapy for it, or would you consider it? Let me know in the comments below if you have any specific questions and I’ll be happy to answer them!

Also, if you found this post interesting, please give this image a Pin. Thank you!