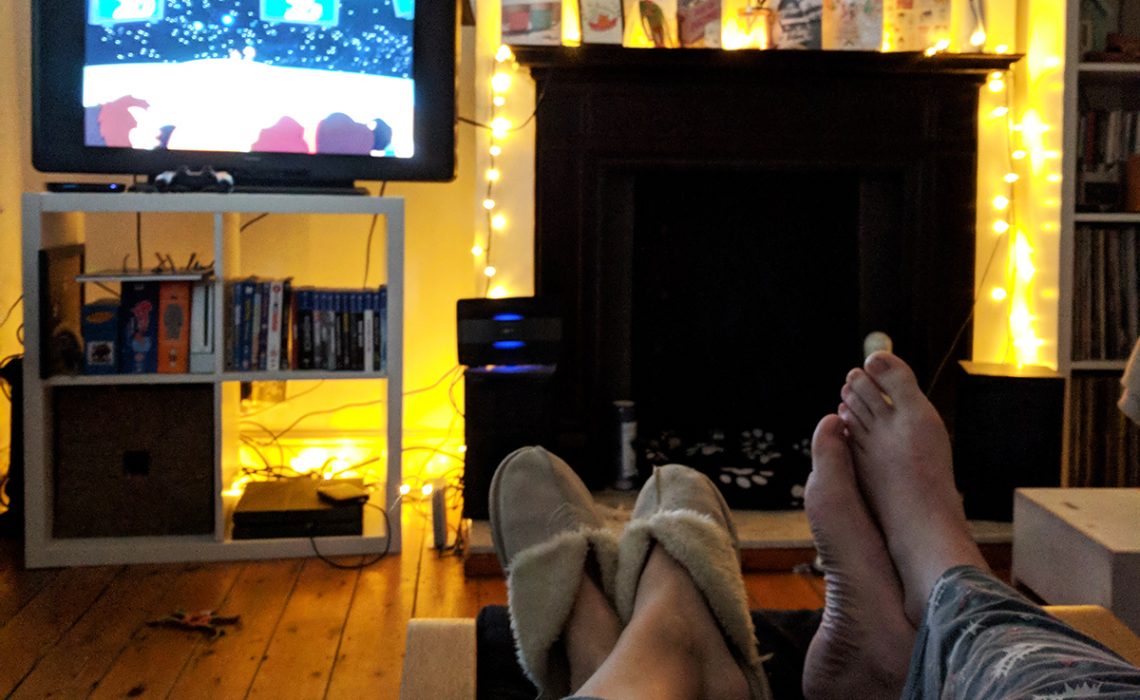 It’s been a little while since my last life update, and things have changed MASSIVELY since then. The biggest difference is that I’m no longer living in a small town in Essex – I’ve upped sticks to London with my cats, and moved into my first ever flat with my boyfriend of 7 years!

7 years may seem like an eternity to a lot of couples, but I’m glad that we’ve done the big move on our own terms and not complied with peer pressure to move in together really quickly. This year it seemed like the best option for us. Ian was moving out of a place with his old uni housemates, and after losing my lovely mum in February, I wanted to surround myself with people I love and who love me back.

It doesn’t mean that moving out of my childhood home was any less heartbreaking though. This was the house that had been the one constant for me throughout my entire life. It was the home I grew up in as a baby, where I had my first steps and where I played cricket in the back garden with my grandad. It was where mum and I would snuggle up in bed together on Christmas and eat Fruit and Nut chocolate, and it’s where we said goodbye to my grandad after he lost his battle with prostate cancer. My whole life was wrapped up in the rooms of that house.

Mum and I moved out several times over the years into our own little flat – and then I had a couple of years in uni accommodation – but it was always the one place we could rely on if things didn’t work out. But in a year that has just seemed like one massive pull of the rug from underneath my feet, I’ve come to realise that nothing makes a home more than being with your loved ones.

After a few months of convincing myself it was the right thing to do, I found myself moving the gingers up to London with the help of my boyfriend’s dad. We’re still not 100% there with moving everything in – turns out I had more clothes than I thought, whoops. But things are getting there slowly but surely. We’ve got the Christmas movies, the blankets, and the teabags, so the important things are in at least. I love a good snoop around people’s flats, so I’ll give you a little sneak peak of ours! It’s small, but we decided to compromise on a second bedroom in favour of getting somewhere with a private garden for the cats. I like to think that despite its small size it’s still nice and homely. We’ve got cute wooden floors, a fireplace, and a sizeable bath that I’m completely in love with! It feels so nice to have more than one room to move around in, and to actually have a place to invite friends over to for tea, cats and blankets. (It’s December. I ain’t going out in this weather.)

My favourite room is the lounge, mainly because it’s the most ‘finished’ room of the flat! We’ve got a wide sofa and love chair that’s perfect for snuggling up on in the evenings, as well as a music corner complete with Ian’s guitars and vinyls. This is where you’ll also find all the blankets because it can get FREEZING. It’s also the room we’ve put our stamp on the most to some pretty hilarious consequences. For instance, Ian can’t quite understand why I’ve got a framed picture of a pineapple, and I haven’t yet grasped why he needs to display the vinyl he’s playing at any given time like we’re in a music shop. Still, it could be much worse! There’s plenty of storage in the bathroom for  our stuff. By which I mean Ian’s one bottle of shampoo, and my 12 bottles of face creams, 78 tubs of body butter, and 82941 travel miniatures*.

* Slight exaggeration. But only slightly.

The cats seem to be settling in alright too, which was my main concern. They’ve both been kept in for a week, and are now starting to observe the outside world with increased interest… I’m sure it won’t be too much longer before they’re unleashed outside, ready to make friends (or enemies) with the local cats. For now, though, I’m very much enjoying our evenings together, snuggled up in front of some Vampire Diaries with my beloved Yorkshire Tea. Another thing I’m also loving is having space to finally put up some prints I’ve accumulated during my travels. I bought this New York print back in 2012, and have been dying to frame it and put it up on a wall ever since! It’s little touches like this that’s really making me feel ‘at home’ for the first time in months. So there we have it! Our big exciting news. Because of this, we have no travels planned for December – instead, we’re concentrating on turning the flat into a warm, cosy haven. ~ Cue all the Pinterest boards ~ This works out very well for me too as I’ve got SO many blog posts to catch up on, from LA to Toronto and Cuba. Fingers crossed things become a lot more settled over the coming weeks and months so that I’ve got more time to play with…