7 Ways That Birmingham Surprised Me 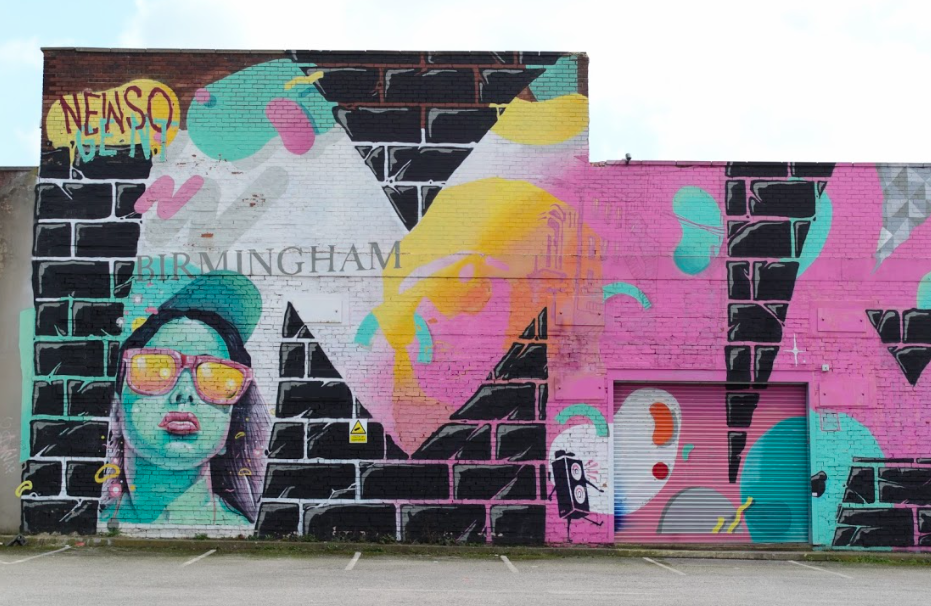 In many ways, Birmingham feels a bit like the UK’s forgotten city. Everyone’s always raving about Manchester, Leeds, London, Bristol…but where’s the love for Birmingham?!

I’ll admit that before I went to Birmingham for the first time last week, I didn’t really know that to expect. I’d mentioned to so many people in the weeks leading up to my trip that I was going, and virtually no one had ever been before! So, in all honestly (and please don’t hate me, anyone from Brum…) I wasn’t expecting that much. At all.

And then I got there. After a night at the easyHotel by Birmingham’s New Street station (click here to read my full review), I got up early for an entire day of exploring. I had a vague idea of things I wanted to see and things I wanted to do, but mostly I just let myself wander. And I honestly don’t think I’ve ever been to a city that’s so multi-faceted. It shocked me at just how much there is to actually do, and I left feeling like I needed to book a return trip as soon as possible just to see everything I missed! Here are just a few ways in which Birmingham surprised me…

1. Its cultural hub is seriously cool

I’d heard a little bit about Digbeth – an area of Birmingham just a 5-minute walk away from the city centre – before, but I didn’t realise just how exciting it is! It’s undergoing a huge redevelopment to help regenerate its old buildings, but it hasn’t lost its charm. From street art to quirky bars, locally owned shops and market stalls, I could imagine myself spending many a day pottering around. The Custard Factory is at the heart of everything; it’s an independent shopping destination where you’ll find a load of cafes, bars and independent shops. It’s also home to some rather Instagrammable walls if you’re ever in need of a colourful backdrop! 2. And it’s also got its fair share of culture

The one thing that Soph and I had planned for our day was a tour of the city’s last remaining Back to Backs houses (£8.65 per person, or £9.55 if you throw Gift Aid in). Run by the National Trust, this tour takes in a small courtyard filled with original Back to Backs houses – 19th century houses that were owned by working people. Over almost two hours, our guide took us through the houses, introducing us to five different families that lived in them from the 19th century up until the 1970s. The carefully restored rooms had me absorbed from the moment I stepped in. You could actually imagine how it would have felt to have lived there with an extended family, and limited resources to boot. For instance, in one house they had a room with two beds: one was for the family’s kids, and the other was for two lodgers! We also wandered over to the library which is like nothing I’ve ever seen – and I’m a bonafide nerd. It’s a fairly recent addition to the city (Malala Yousafzai officially opened it in 2013), and it brings its fair share of tourists as well as locals, families and students. Inside, its bookshelves are situated in a round, and the entire structure is sliced in half by two mammoth escalators. I can definitely see why it’s divided opinion with locals, but I absolutely loved it! Even though it’s got a lot of history, you can tell Birmingham is constantly looking to the future. This is evident in its juxtaposition of modern and historic buildings, but also in the way it’s embracing new technology. Whim, a revolutionary transport service that’s already in place in Helsinki, was launched earlier this year. It’s a cool little app that allows travellers to use just one card/app for all public transport, from rental cars to taxis via buses. You know you visit some cities that just seem to be completely lifeless? I had none of that with Birmingham. We even stumbled upon a rehearsal for the handover of the Commonwealth games over in Victoria Square (the city will host the games in 2022, so prepare to hear a LOT more about it in the coming years!). Everywhere we went there were shops to be found – it definitely made me wish I had a little more dollar in my bank account! There’s the Bullring in the heart of the city for your usual high street shops, and then there’s The Mailbox which boasts the slightly more upmarket stores. Just walking around the giant Selfridges and gawping at all the various sections was enough excitement for me! 6. But it’s still got its pretty side

It’s not all concrete buildings and shops. Walk over towards the Symphony Hall, and you’ll come across a criss-cross of canals. You can even take a boat tour along the canals if you have the time, but if not there are plenty of restaurants to chill in while making the most of those river views. 7. The free entertainment is pretty awesome

There are plenty of free activities to keep the whole family entertained, from Birmingham Museum and Art Gallery to the Tolkien Trail (JRR Tolkien grew up in the city, and so you’ll find various places that inspired his works dotted around the city). By pure coincidence, Soph and I stumbled upon the BBC Birmingham Visitor Centre inside The Mailbox. It’s completely free to look around its two floors, which kept us entertained for a little while. There are loads of props from BBC shows such as Doctor Who, Strictly Come Dancing and Peaky Blinders, as well as a few interactive exhibitions. Ever wondered what you’d look like as The Doctor? Now you can find out for sure.

Have you been to Birmingham before? If so, what did you think of it? Have you ever visited somewhere that’s surprised you? Let me know in the comments below – I’d love to hear your thoughts!