That Time My *Actual* Photo Appeared In An *Actual* Mayfair Gallery 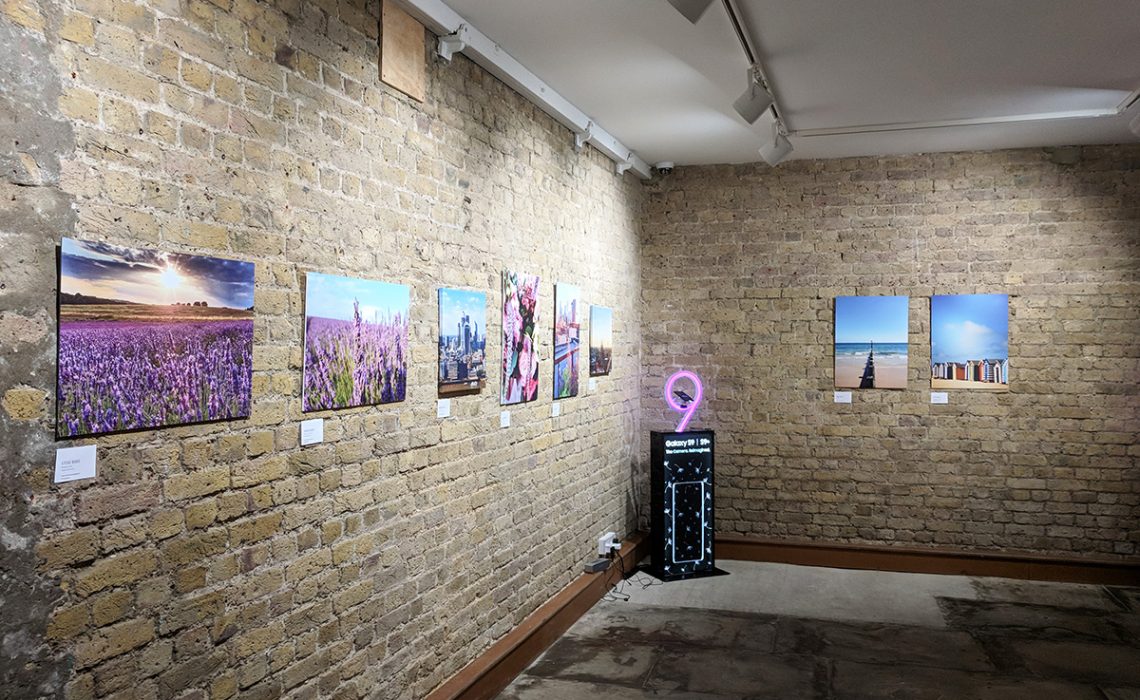 Yes, those asterisks in the title are 100% needed! One of the most exciting things that happened this month was a campaign I worked on with the fabulous folks at Three UK and Samsung Mobile. Along with 40 other bloggers, I was sent a Samsung Galaxy S9 phone for a few weeks so that I could get to grips with the in-built camera.

In truth, it wasn’t a hard thing to do because I’m an Android girl through and through (I own a Pixel myself…), but even I was blown away by the quality of the camera. On my various jaunts to places like the Jurassic Coast, I even left my SLR camera at home and just took the S9 along with me!

At the end of the fortnight, we were all invited to submit the best photos we had taken. (Take a look at the #ThreeGallery hashtag on Instagram and Twitter if you want to check out some of the photos from other influencers.) I’m the first to admit I’m no expert photographer, but these were the ones I chose to submit in the end. Which one’s your favourite? In the end, I settled on the last photo. It was taken during sunset at Citadel Festival in London and very almost didn’t happen. It was only when Ian and I decided to have a wander down to the Main Stage before we left that we saw just how magical the sky looked. I loved how everything was silhouetted against the colours of the sky, save for the vibrant lights of the ride.

One picture from every person involved was hung up in the Herrick Gallery in Mayfair, London. It wasn’t just an exclusive blogger event either – the gallery was open for two days so that members of the public could pop in and have a nosey at our work. It’s pretty surreal to think that hundreds of people I’ve never met have gazed at a photo I took one evening at a festival… I popped down to the gallery itself for a reception evening, and it was especially lovely to bring along Ian. In 6+years of blogging, I think this is the first time he’s ever attended an event with me, so it was so lovely for him to see such a major part of my life in full swing! Look at him, being a proud little boyfriend

Of course, it was very exciting to see my picture up on the wall, alongside a little plaque with my name on. It was hung up over the stairs, so Ian and I were joking that at least absolutely everyone had walked past it at some point! As exciting as it was to see my own photo, I also just really enjoyed seeing what photography route everyone else had gone down. I was a little overwhelmed to start off with because we had such an open brief, but I love how everyone had interpreted it differently. There were pictures of lavender fields, animals, close ups of fruits, doors, people, flowers… With such a diverse range of subjects and photos, it just goes to show how good the S9 camera is. I couldn’t believe some of them were actually taken with a phone camera!

Got to give an extra special shout out to the lovely Emma from Adventures of a London Kiwi. Unfortunately she couldn’t be there as she was out of the country (bloomin’ travel bloggers), but her picture of Cologne is just gorgeous! Many thanks to everyone at Traverse, Three UK and Samsung Mobile for hosting the campaign – I doubt I would ever have had a photo of mine displayed in a gallery otherwise, and it’s definitely something I can tell the grandcats!