Top 5 journeys by train around Europe 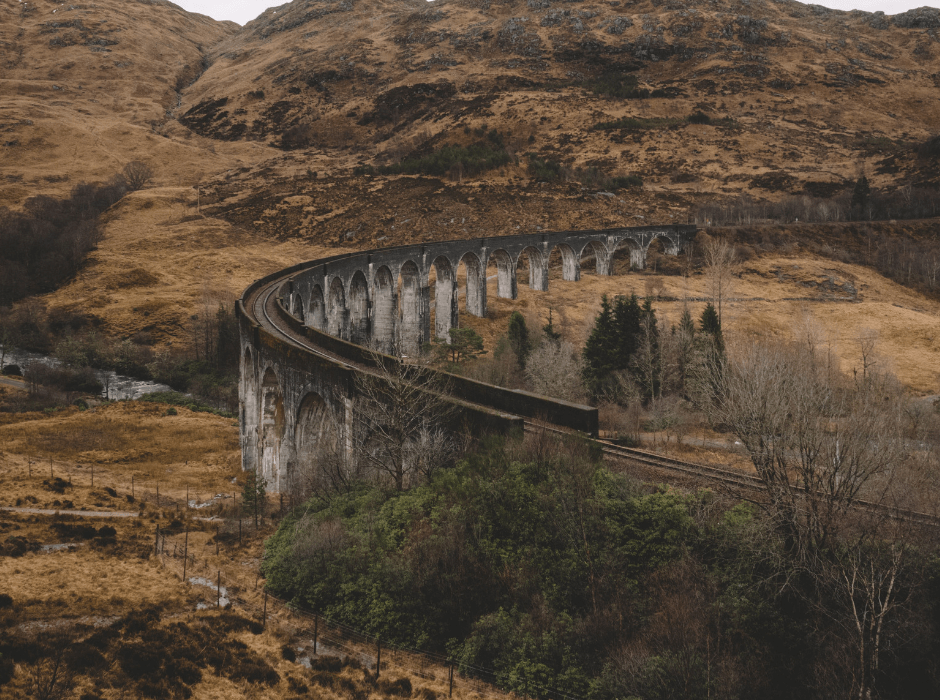 Settling back into a comfortable chair, watching the scenery unfold in front of you, and letting the gentle rocking of the train send you to sleep: is there really any better way to travel Europe than by train?

Travelling by train around Europe is my absolute favourite way to travel – I’d take a train trip over a flight or a car trip any day of the week. I love the freedom of walking around carriages, exploring different food and drink items available on-board. In fact, some of my favourite travel memories have been on trains: playing card games in the food carriage on the way to San Francisco, experiencing double-decker trains across mainland Europe and soaking up the coastal views while riding the train between Cinque Terre’s small towns. If you’re trying to find somewhere to book, there are some great journeys with Inntravel.

Here are my top 5 journeys by train around Europe. I haven’t had the luxury of trying them all yet, but I consider this list my ‘bucket list’ of European train travel! The ultimate European train journey. If you’re a fan of train travel, there’s a 99.9% chance you’ve either experienced the Glacier Express – or at least fantasized about it repeatedly.

The Glacier Express runs from Zermatt to St. Moritz in the heart of the Swiss Alps. To ride the full route in full will take eight hours, but it goes quickly. Just make sure you bag a window seat (or at least sit next to someone you don’t mind constantly leaning over) to marvel at the views.

The train winds its way over 291 bridges and takes in all sorts of terrain, from canyons to mountains via picturesque Swiss towns. Panoramic windows that stretch out into the ceiling allow you to get even more views for your buck…or Swiss franc. (I just got quoted CHF 195 – or £157 – for a one-way journey with 2nd class seat reservation. Which, considering Switzerland’s reputation as one of the priciest countries in Europe, isn’t all that bad.)

The Flåm Line connects Myrdal and Flåm in Norway. It’s not a long route in the slightest – in fact it’s only 20.2km long, or 12.6 miles if, like me, you’re not into metric – but it’s definitely one of the most unforgettable. It’s also one of the steepest, offering a 1-in-18 gradient. Travel along this route and you’ll be treated to spectacular valley views full of waterfalls, rivers and mountains. Plus, during winter you’re likely to see everything covered in a blanket of snow for an extra special festive feel.

Linking London to the Scottish Highlands, the Caledonian Sleeper whisks you between the two countries while you kip. Leaving from London Euston station in the evening, you’ll be in Scotland by the morning – meaning you can travel up on a Friday evening after work, and travel overnight on the Sunday to be back at your desk on Monday morning.

I’ve wanted to try this route out for years, and now that it’s had a recent revamp (think handcrafted luxury mattresses and even en-suites in select rooms), it’s even more tempting. The London to Fort William route is one that’s caught my eye as it’s one of the most picturesque of all the routes on offer, with lochs, highlands, and a viaduct along the way. It takes 12 hours each way, so you have plenty of time to catch some zzz’s as well as some of the mesmerising landscapes en-route.

Even though it’s out of budget for most, my mum would have killed me if I hadn’t have popped this on the list of top journeys by train around Europe! It was always her dream to travel on the Orient Express – mainly because she was terrified of flying, but also because of just how luxurious it is.

The Orient Express operates between multiple cities, including London, Paris, Verona, Venice and Prague. It’s a romantic and glamorous symbol of a time gone by, combining restored 1920s cabins with features such as a Champagne bar and decadent set menus. Just don’t mention the price. Don’t even look at it. I have to include this one on the list as it’s a train journey I did back in 2016 – and one that I always recommend people do! Granted, it’s not the most scenic journey on this list (expect lots of woods and small towns along the way), but it’s such an easy, convenient and cost-effective way to see two of the best cities in Europe.

The journey itself takes around 7 hours, and we travelled in first class for around £30 each. It’s possible to travel overnight (with optional cabin) if you don’t care so much about the scenery/want to save on a night’s accommodation. Read more about my train trip between Budapest and Prague here.

This post was created in collaboration with Inntravel, one of the UK’s leading specialist tour operators. They specialise in slow travel, allowing you to take the time to enjoy the moment.

What’s your favourite journey by train around Europe?