A love letter to my favourite European country… 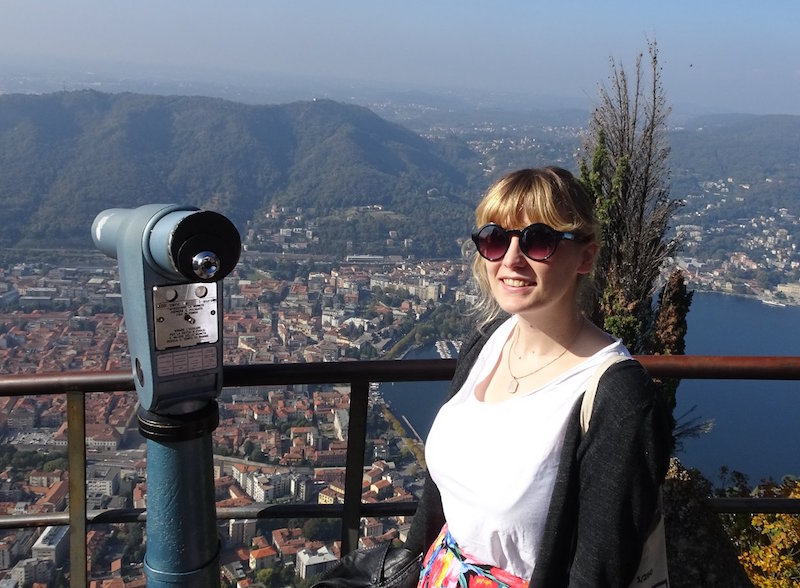 Like all great love stories, it started with a trip to Venice.

Unlike all those great love stories, it started with a trip to Venice with my then 75-year-old nan.

I was 14 years old and woefully untravelled. Summer holidays had, so far, consisted of week-long caravan holidays in Suffolk or Norfolk. I could count the number of times I’d been on a plane on, well, half a hand, and the thought of travelling to Italy was more exotic than anything I could ever imagine.

My nan – officially retired by this point – had taken on a part-time job with the local taxi firm to squirrel away enough money to take me to Venice for a few days. This was a holiday that defined all future travel for me: if you want to do something, work hard and make it happen.

The trip to Venice didn’t start off all that great, with our plane unable to land due to the fog (“We have to land elsewhere as we’re running out of fuel” probably didn’t do all that much for my flying anxiety). A landing at another airport nearby and a short shuttle along to Venice may have put others off, but from the moment I stepped foot in Venice it was love at first sight. Breathing in the salty canal air, wearing out my leg muscles going up and down bridges, taking the ferry over to the colourful nearby islands: no city has ever captivated me as much since.

And then there are the happy memories with my nan – shopping for souvenirs, calling up Grandad and mum from the phone box outside Venezia Santa Lucia station, and my nan (legitimately) coming up with the idea that we should “get rid of our pizza boxes that aren’t allowed in the hotel by flushing them down the toilet”.

(For the record, we didn’t use the toilet method to get rid of our pizza evidence…)

Two years later I returned to Venice on a school trip. Years after that I would head to Rome and Naples, each city offering something completely different to the one before. Rome charmed me with its ancient ruins and famous sights. And while Naples came with a warning from literally everyone about its ‘dirtiness’, I fell for its rough-around-the-edges charm, cosy bars and delicious pizza. But after that trip to Naples, it was a good 5 years before I returned to the shores of Italy.  This time it was with my boyfriend, and we more than made up for lost time.

We flew into Venice first of all, where I showed him the bridge my nan got lost on, only for a priest to come to her rescue and walk her the 40 minutes back to the hotel (where I was having a little afternoon nap).

After Venice we took the train to Milan which, I’m afraid to say, I didn’t fall in love with as much as I’d hoped. It was like your frustrating ex insomuch as it didn’t really do it for me, but it was good to experience so that you can really appreciate the true gems.

Como, Genoa and Cinque Terre were the final stops on our mini Italy train journey. Each destination offered something new, and even though we were in each city for just a few short days, we tried to stuff as much in as we could. Think sunset views at observation points, cannoli at every food stall and exploring all the random walkways. I think it’s a little unfair, Italy, that you’ve got so much going for you. You don’t really give any other countries a chance. I can’t complain too much though, as I know this just means we have years of happiness together.

Because like all great love stories, Italy, I know ours isn’t over yet. A trip to Bologna to retrace my grandad’s steps during the war is still on the cards, while I’ve been eyeing up holidays to Puglia on an almost-daily basis for the last few years. I still haven’t ventured into Florence, or Pisa, Turin or Rimini – and don’t even get me started on Sicily and Sardinia.

I can’t wait to visit you again, Italy – I know it won’t be long until you have me under your spell again.

This post is created in collaboration with Headwater. However, as always, all thoughts and opinions are my own!